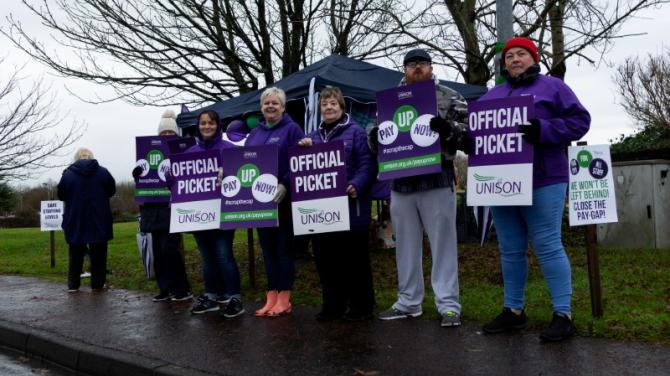 INDUSTRIAL action at Causeway Hospital tomorrow (Wednesday) will have “a big impact” on patient services, a union official has warned.

Kim Hall, UNISON's Causeway Branch Secretary, told The Chronicle how planned strike action from 7am until 7pm was likely to involve “the whole nursing family, estates as well as administrative staff.”

Speaking during a protest outside the Coleraine hospital on Friday, just hours after Stormont pay talks broke down, she added: “Every department is like a clock; if one part is missing it won't function."