Zoe is a Duke of Ed first! 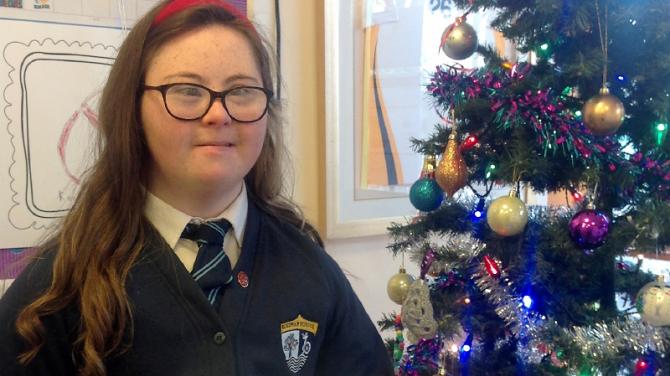 A REAL love for the outdoors was the catalyst for Rossmar School pupil Zoe Higgins receiving the first Duke of Edinburgh award given to the Limavady school.

The Duke of Edinburgh award was introduced this year and undertaken by four enthusiastic members of Rossmar staff delivering the award to 14 pupils.

Zoe made history by becoming the first pupil from Rossmar School to receive the prestigious national award, spurred on by her love for the outdoors.

Pupils carried out outdoor activities including a practise expedition at Woodhall Outdoor Learning Centre at Kilrea.

In Kilrea the pupils participated in map reading skills and developed their camp craft.

This was a novel experience for some, spending their first night away from parents as well as sleeping outdoors.

Anxieties were eased by marshmallow toasting and camp fire singing.

The proud Principal of Rossmar, Caroline Clements told the Northern Constitution: “We are delighted that Zoe was our first pupil to complete all elements of the award.

“Zoe has achieved a tremendous award, which saw her strengthening her team building skills, being able to follow instructions as well as develop in her a ‘real love for the outdoors.’

“We look forward to the rest of the pupils achieving their Bronze award soon.

“We are so proud of Zoe and all of our pupils who pushed themselves to the limit physically and there was a tremendous buzz throughout the whole group and fabulous lifelong memories were formed.”