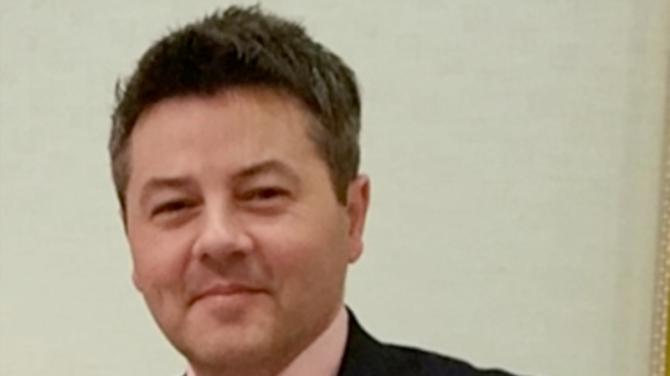 ALDERMAN Alan Robinson has paid tribute to the staff, Board of Governors, the parents and the pupils of Rosmar following news that the school has received planning approval for an additional five classrooms which will provide a modern, state of the art and fit for purpose educational facility.

Mr Robinson said, 'On behalf of the school back in Winter 2018 we began the process of lobbying for an additional five classrooms to accommodate the enrolment that was scheduled to move into the current new build. “We knew immediately that we had a battle on our hands but it was a battle that collectively we were determined to win.

“Following intense lobbying including a series of meetings that were held with the Department of Education and the planning department and ably supported by the school representatives on the project board, it is of immense relief and one of delight to be informed that the planning application has been taken forward as an approval bringing the battle to a close.

“Anyone who has ever had the pleasure to visit Rossmar will immediately realise that this is a special and a unique place, it is a school that is cherished by the Roe Valley community and this news will be met with delight.

Mr Robinson concluded: “This news also means that it will be a very happy new year for everyone at Rossmar.”