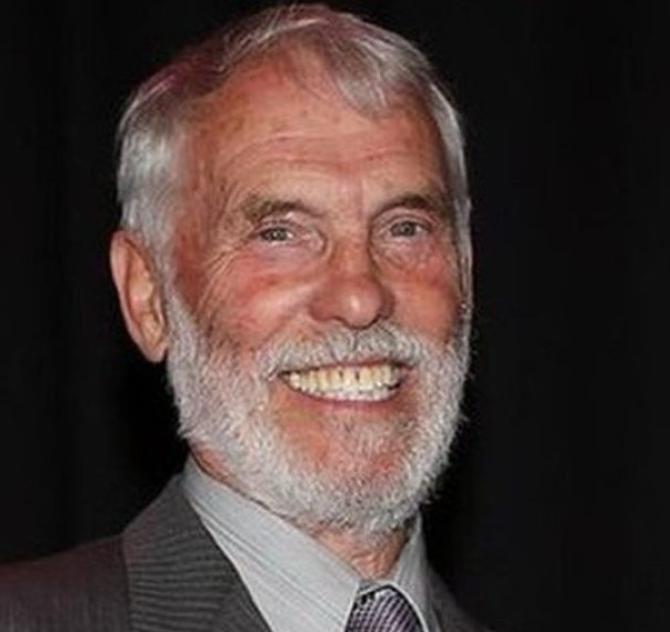 THE funeral of former Sinn Féin MLA Francie Brolly has taken place in his home town of Dungiven.
On Saturday afternoon, mourners gathered at St Patrick's Church to pay their respects to Mr Brolly, who was in his early 80s at the time of his death.
It is understood that the veteran republican passed away suddenly at his home in the early hours of last Thursday.

Mr Brolly was a talented musician, teacher and Irish traditional singer-songwriter as well as serving the East Londonderry constituency.
As an Irish culture enthusiast and fluent speaker of the Irish language, the Dungiven man spent most of his political life as a member of Sinn Fein, serving on Limavady Borough Council before taking a seat at Stormont from 2003 to 2010, where he was the party's spokesman on Culture, Arts and Leisure.In 2018, Mr Brolly left the Sinn Fein Party over its support for abortion and joined his wife Anne, who left Sinn Fein two years earlier, in a new conservative republican party, Aontú.
As a long-standing member of the GAA , Mr Brolly was a high-profile inter-county Gaelic footballer with Derry and also played hurling and football for Dungiven.
Mr Brolly is survived by his wife Anne and five children, Proinnsias, Conal and Áine including well-known GAA pundit Joe, and well-known singer and Celtic harpist Nodlaig. Mr Brolly was also a loving grandfather to thirteen grandchildren.

Following news of his unexpected death, tributes poured in for the late Mr Brolly.

Irish Republican Movement, Aontú paid tribute online to their devoted founding member saying, “Extremely sad to hear of the sudden passing of Francie Brolly this morning.
“Francie was a husband, a father, a teacher, a musician, a lover of the Irish language and culture, a strong and active elected representative for the people of East Derry, a man of faith and an Irish republican who worked so hard for the unity of the Irish people.
“He was a lovely man of great warmth and fun.
“He had tremendous political insight and he stood up for his principles.
“He was a founding member of Aontú and his passing is a great loss to all of us.
“Our thoughts and prayers are with his wife Anne, children, extended family and friends.
“Ar dheis Dé go raibh a anam dhílis".

Meanwhile,
Sinn Féin MLA Caoimhe Archibald paid tribute to the late Francie Brolly following news of his death.
The East Derry MLA said:“Francie Brolly was a significant figure in the political life of East Derry.
“He was a tireless campaigner for civil rights and a committed Irish Republican;he will be missed.
“As a teacher, activist, and campaigner elected representative, he helped shape the community in his native Dungiven and further afield.
“Aside from politics, Francie had a love of the Irish language and made a huge contribution to the world of Irish music and culture.“I want to send my condolences to his wife Anne, their children Joe, Proinnsías, Conal, Áine and Nollaig, the entire Brolly family and everyone who knew Francie; my thoughts are with them at this sad time.
“Ar Dheis Dé go raibh a anam.”
Additionally, Sinn Fein Councillor Dermot Nicholl paid tribute to Mr Brolly.
He said: “My heartfelt condolences to the entire Brolly family on their sudden loss of Francie,a husband,father & grandfather,Gael,
dear friend & a Republican.
“He will be sorely missed from our community.
“Ar Dheis De go raibh a anam.”
John Dallat MLA SDLP paid his respects to the late Mr Brolly.
He said: “I deeply regret the passing of Francie Brolly, firstly as a teacher and later as a member of the Assembly.
“I offer my deepest sympathy to Anne and the Brolly family. “Francie was always beyond party politics and someone I felt very comfortable working alongside.
“Incredibly talented in music, the Irish language and sport, Francie was also exceptionally amusing and entertaining.
“He will be remembered for many years to come for his contribution to his rural way of life and his love of the area he represented both in Council and in the Assembly for many years.”

Following news of Mr Brolly’s death, much-loved friends, family members and devoted supporters posted online tributes to the former Sinn Fein MLA.
Linda Ni Buachalla wrote: “Oh our hearts are broken for the Brolly family especially Anne, Aine and Nollaig. You will all be in my prayers.
“What a gentleman love from San Francisco.”
Anne Marie O'Hagan posted: “So sorry to hear, a lovely man, condolences to Anne and all of her family. RIP.”
Family member Maria Mccorin wrote: “Our cousin Francie always smiling” while Hilary Hills Logue paid tribute to a “great family friend rip Francie.”
Meanwhile, St Matthews GAC paid their respects to the late Mr Brolly.
The club posted: “Everyone at St.Matthews Gac would like to pass on their condolences to the Brolly family on the sad passing of Francie Brolly.
“Francie as a teacher taught many of our local club members past and present.
“He was a greatly respected Gael throughout the GAA.
“Our thoughts and prayers are with Francies wife, Anne, their children and extended Brolly Clann.
“Ar Dheis Dé go raibh a anam.
Additionally, Limavady Wolfhounds paid their respects as a club.
They posted: “Limavady Wolfhounds wish to pass on our deepest condolences to the Brolly family having learned the sad news of Francie Brolly’s passing.
“Francie Brolly was a respected name in Derry GAA circles and beyond.
“He will be remembered as an esteemed public representative for East Derry, a renowned songwriter and musician as well as being a distinguished gaeilgeoir.

“Our thoughts and prayers are with Francie’s wife, Anne, their children and the extended Brolly clann.