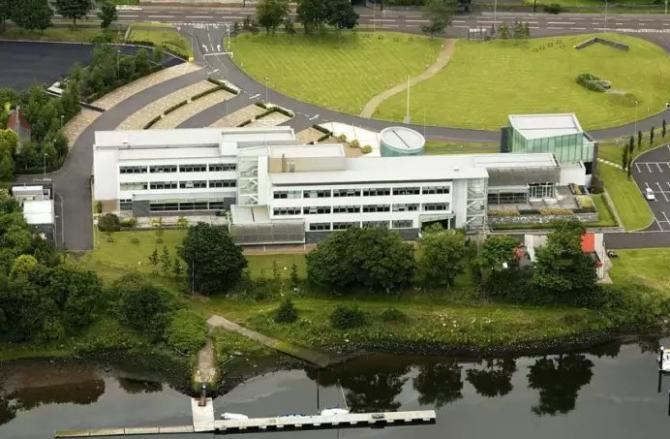 LOCAL representatives have released statements in the wake of Causeway Coast & Glens Borough Council (CC&G) striking the rate with a domestic rate rise of 7.65%, passed with the support of the DUP, UUP and Alliance parties.

UUP Deputy Group Leader Richard Holmes described the rates setting process as “one of the most difficult we have been through,” adding, “it has been undermined at every stage by misinformation and even false accusations from some quarters.”

Ballycastle Sinn Féin Councillor, Cara McShane claimed that ratepayers have been punished for poor financial management of CC&G finances and accused the DUP/UUP of burdening the ratepayer with a 7.65% hike.

Commenting, the DUP group said: “The Domestic rate rise of 7.65% in monetary terms equates to an rates bill increase of approximately £38/£1000, whilst securing a 0.01% business rate.

“This brings the total rates increase since the formation of CC&GBC to 9.15%, which is under the rate of inflation and the 2nd lowest council in Northern Ireland for increases with the average being 11.63%.

“The DUP proposal, supported by the Ulster Unionist and Alliance parties was not an easy decision for us to make but unfortunately we felt while other parties failed to offer any sensible alternatives, there was no other option at this stage than, step up to the mark and show leadership in order to protect frontline services and event funding including the North West 200, Supercup NI and The Portrush Pipe Band Championships.

“Unfortunately, there is still concerns throughout the organisation that elected representatives are being asked to make decisions without full access to all of the relevant information.

“To address this, our request for a reform package to include a 3 year budget plan and recovery strategy, with targets and KPIs for performance management, has also been addressed with the publication of a ‘Medium Term Financial Plan’, which we will monitor closely and review as necessary in conjunction with the PWC financial report recommendations in order to ensure sustainable financial planning and management continues.

“There also needs to be a rank and file review of the organisation from top to bottom with no stone unturned in order to ensure that this situation never happens again.

“We as a group are fully aware of the frustration and anger within our communities and take no satisfaction from the difficult decisions which we have had to take in order to reach a balanced solution that provides for the ratepayers needs and the essential services that we all rely on at a value for money cost.

“We will continue to work hard in order to restore public confidence and financial stability to the organisation, which will require teamwork between everyone in the council and elimination of current behaviours by some for self interest and favourable headlines.

Sinn Fein group leader Cllr Cara McShane said: “Tonight’s decision is the result of 4 years of an effective rates freeze by the DUP and UUP in our Council.
“Sinn Féin proposed over the years for increases in line with inflation and to reflect the introduction of the Living Wage two years ago. These proposals were rejected and instead the finance management in Council offered a ‘comfort blanket’ to allow those two parties to take short-lived populist decisions to set the rate increase at zero.
“With not enough revenue to pay for the delivery of services, millions of pounds was taken from a Reserves pot which has now almost been depleted.
“Coupled with poor political decision making in the Chamber, it has taken this financial crisis for the Council’s senior management to clean up and produce much more accurate and timely accounting information.
“The issues are toxic and we do not accept that this rates hike solves the problems.
“Sinn Féin brought in the Chartered Institute of Public Finance and Accountancy last week to provide immediate assistance in our rates setting process. We have also supported the call for a forensic audit and review of structures within Council.
“We have demanded a medium to long term plan to help ensure that this Council doesn’t find itself in this situation again next year or the year after. It is imperative that every decision we take is in the interests of protecting rate payers and Council services.”

UUP Deputy Group Leader Richard Holmes said: “Much work has been concluded across a range of Parties which has delivered a rates freeze for businesses and a 7.65% rise on the domestic rate.

“Tough decisions have had to be taken to reduce costs and raise additional income which we know will not be popular. But we must ensure council services continue to be delivered.

“The scare stories put out by some have severely tarnished the Borough and it has been a difficult process for staff working under such conditions.

“Some Councillors have called for the Department to be called in to strike the rate which is a gross dereliction of duty by those elected to represent the public.

“The Ulster Unionist Party firmly believe that more work could and should have been done to reduce the operating costs of council but there has been an unwillingness to look at reducing these costs.

“Given these circumstances, this is the best result that could be achieved. The rates freeze for businesses will ensure our high streets and businesses are not hurt further, with many suffering the effects of revaluation.

“It is now for councillors to ensure the promised efficiencies are delivered and that costs are brought under further control in the year ahead.”