A first look at Lidl 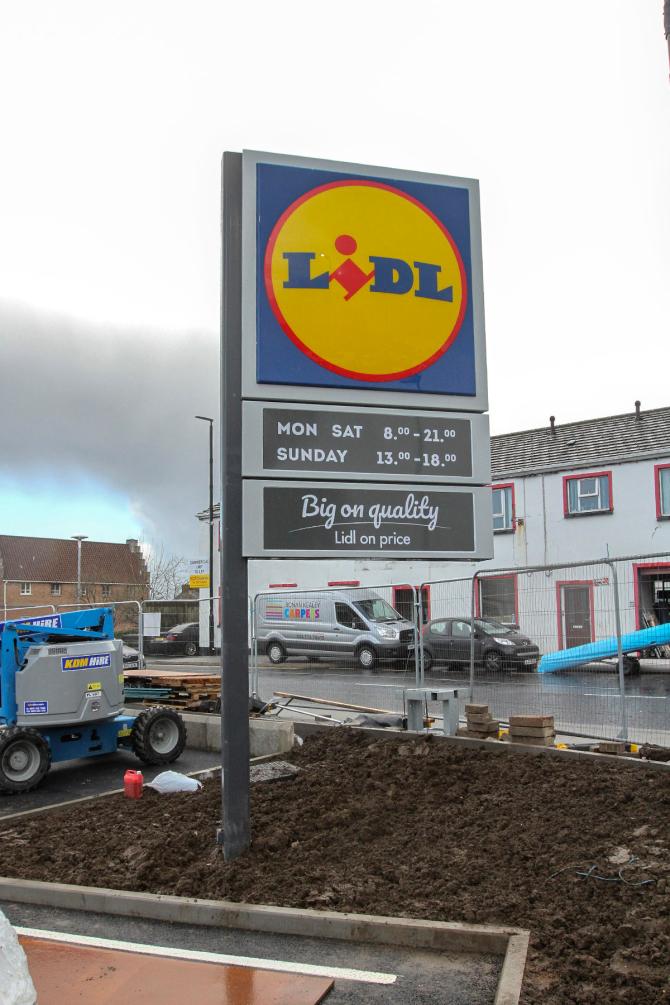 AS customers in Limavady eagerly anticipate the opening of the newly expanded and enhanced Lidl store in town, the Northern Constitution were invited along recently for an exclusive preview of the state of the art concept store that has taken around five months to complete.
The rebuild and refurbishment of the Limavady store is part of a multi-million-pound investment by Lidl to support its expansion and new store programme.
Speaking to the Northern Constitution, Project Manager Scott Nelson expressed his delight at the new store which has been sorely missed by Limavady regulars.
Scott said: “We are really pleased with it.
“It is much bigger than the previous store and has plenty of new features including a hot drinks machine as soon as you walk in, a bakery where fresh goods will be prepared everyday and also customer toilets.
“The store also has LED lighting throughout which comes on at 5am everyday for employees coming into work and gradually becomes brighter as the day goes on.”
According to Scott, as well as making the new store appealing to its valued customers, the project team have tried to make the new Lidl store ‘the best place to work’ for employees by installing useful features such as, a staff shower and a staff canteen.
“We wanted to make it as convenient as we could, not just for customers but for employees as well.”
Scott continued: “As for the car park, it is much bigger than the previous one with 79 parking spaces which again, are much wider and bigger for customers.
“There is also a charging station for electric vehicles situated in the car park which customers can use.
“Everything is looking well and we are looking forward to the opening this week.”
The new store is expected to open this Thursday. February 27 at 8am.
Lidl Northern Ireland operates 39 stores across Northern Ireland.
Since 2008, Lidl Northern Ireland has invested around £8 million each year to enhance its service provision and expand its presence in the region.
Last year, that figure was almost £13 million.

PHOTOS OF NEW STORE INCLUDED IN THIS WEEK'S EDITION