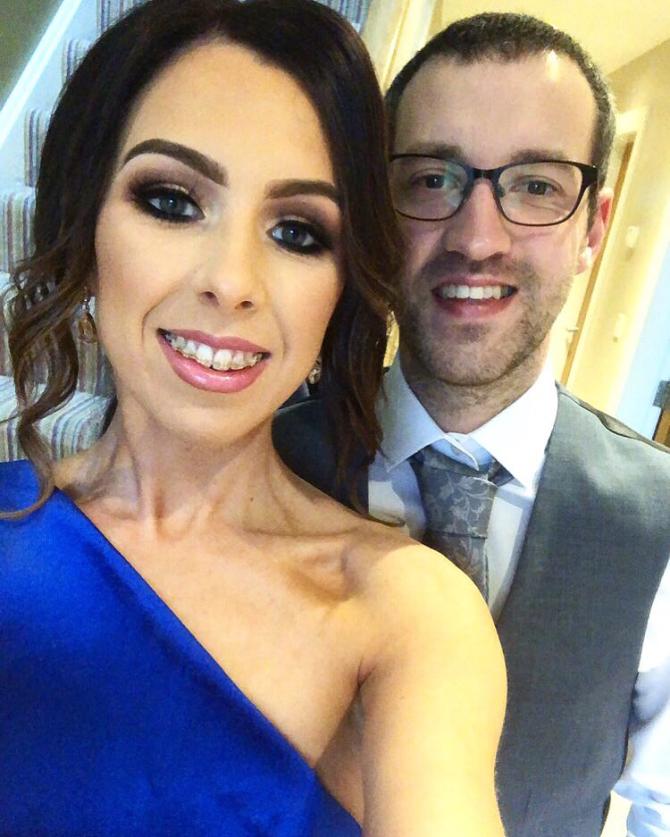 A HEARTBROKEN bride-to-be from Drumsurn has spoken of her disappointment at having to postpone her dream wedding due to ongoing concerns of the Coronavirus.
After a few hectic years of planning the wedding of a lifetime, local couple, Grainne O'Kane and Craig Pedley were left devastated following the temporary closure of their venue as a result of Covid-19.
On Mothers Day, the award-winning Roe Park Resort decided to close its doors until further notice as concerns continued to mount over the Coronavirus pandemic.
Unfortunately for Grainne and future husband Craig, who had just spent over £300 on their wedding invitations, they were one of the unlucky couples affected by the recent closure.
She told the Northern Constitution: “Our wedding was booked for Friday May 1 2020 at Roe Park Resort in Limavady - it was initially supposed to be the bank holiday weekend, however, the bank holiday was changed after we had booked our wedding due to Victory Day.”
She continued: “I held off a few days before I contacted the hotel as I knew they wouldn’t know exactly what was happening due to the uncertainty of everything and things were changing on a day to day basis!
“They were very sympathetic and said they would keep us updated in regards to any changes happening within the hotel.”
A few days later, Grainne received a phone call that would shatter the local couple's wedding plans until further notice.
“I was contacted a few days later by Roe Park to advise me that it would be beneficial to set a provisional date for later in the year/next year.”
According to Grainne, who works as a Ward Manager in Altnagelvin Hospital, the bride-to-be was expecting the dreaded news that she would have to put her special day on hold.
She explained: “Working in the hospital there has been talk about Covid-19 for weeks so when it first came to Northern Ireland, I wasn’t surprised.
“I knew it was only a matter of time however it never crossed my mind that my wedding would be affected.”
For Drumsurn woman Grainne, as the number of Covid-19 cases increased, it started to become a reality that her wedding may not turn out as she had planned.
She explained: “We were all set for my hen party to Liverpool on March 20, but made the decision that it was no longer safe to make this journey.
“Then my bridesmaids organised for us to go to the Galgorm on March 21 for the night but this was also cancelled due to the Coronavirus precautions.
“I was gutted and so stressed out as I knew the chances of my wedding going ahead was now very slim.”
After discussing the little options they had left, the heartbroken couple eventually made the difficult decision of postponing their wedding.
Grainne said: “We were both so disappointed but knew it was the best and safest thing to do.
“Our wedding will now take place on September 3 2020.
“We haven’t been advised in regards to numbers for our new date but it’s early days and we just hope things have calmed down a lot by then, but I am sure the hotel will keep us updated.
“All of our vendors have been great and so accommodating in regards to changing things around.”
According to Grainne, who is a former employee of Roe Park Resort where she met her finance Craig, she believes that postponing her wedding was the right decision during these uncertain and difficult times.
She added: “It is a sense of relief now that we have made the decision to postpone - we are obviously heartbroken but it just wouldn’t seem right getting married in May with everything that is going on and the excitement has been completely taken away from it all.”
Grainne concluded: “We just need to make sure that it is safe for our family and friends to attend, especially for those who don’t keep well and those travelling from England, Isle of Man, America and Australia.
“We really hope we can have our perfect day in September under happier circumstances.”