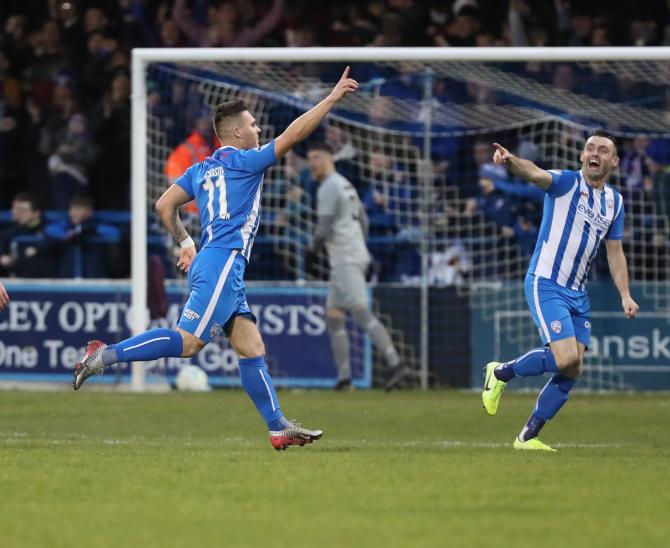 Premiership clubs are due to meet on Wednesday to discuss the outcome of the season.

PREMIERSHIP clubs are due to meet on Wednesday evening to discuss the outcome of the current football season.

The meeting comes just over 24 hours after the NI Executive published its proposals for a return of sport later in the year.

Currently, football in Northern Ireland is suspended until May 31 but it appears increasingly certain that competitive action won't be returning any time soon given the Executive's plan.

Under the Covid-19 timeline produced by the NI Executive on Tuesday, a resumption of close physical contact sports would be included in the fifth and final stage.

That may be as far away as December, throwing up some tough questions for the Northern Ireland Football League and Irish Football Association.

To confuse matters further, UEFA has given the football authorities here a May 25 deadline to submit plans for concluding the season.

The authorities here must now decide how to resolve the issue.

Do they null and void the campaign or do they adopt a points per game system to determine a league winner and the all important European places?

Whatever road they decide to go down is sure to provide plenty more twists and turns.