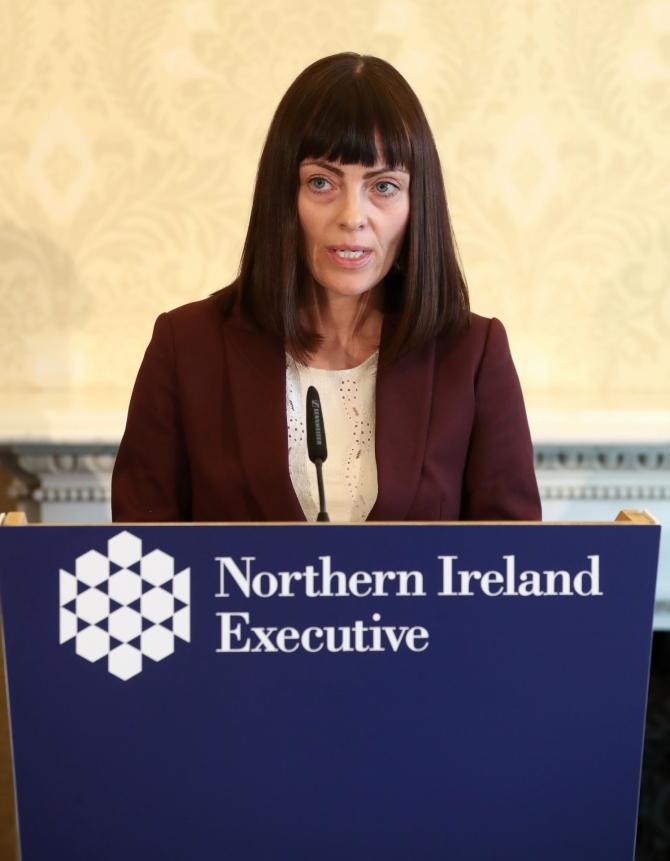 INFRASTRUCTURE Minister Nichola Mallon has announced that the Driver & Vehicle Agency (DVA) intends a phased return of MOT and driver testing services in the coming weeks.

The DVA has already reinstated limited Individual Vehicle Approval (IVA) testing to ensure supply chains and the health service continue to be supported during this time of significant challenge and is working to expand this service.

A statutory authorisation process for ADR vehicles, used for the carriage of dangerous goods, has also been introduced.

From July 20, the DVA plans to resume MOT testing for priority vehicle groups, including those vehicles that are not able to avail of Temporary Exemption Certificates (TECs).

This includes taxis and buses due a first time test; vehicles not previously registered in Northern Ireland; vehicles with MOTs that have expired by more than 12 months, including vehicles previously declared SORN and those sold by car dealerships.

MOT testing for other vehicles such as four year old cars and motorbikes, three year old light goods vehicles and testing of heavy goods vehicles, trailers and buses is planned to commence in August.

An exact date will be confirmed once the demand for the initial priority groups has been addressed. These customers will be sent reminder letters with details of how to book a test at the appropriate time.

There are also plans to reinstate some driver testing services in July for those licence categories where testing can be done safely in line with PHA advice and guidance on social distancing requirements.

This includes motorbike driver testing, planned from 6 July, and tests for drivers of buses, tractors and module 4 CPC tests for lorry, bus and coach drivers, planned from 20 July.

Driver theory tests remain suspended at this time. DVA officials continue to engage with colleagues in the Driver and Vehicle Standards Agency in GB and it is anticipated a date for the resumption of this service will be confirmed shortly.

The Department is also exploring options for an extension to valid theory test pass certificates for those customers whose certificate has, or will expire, during this crisis.