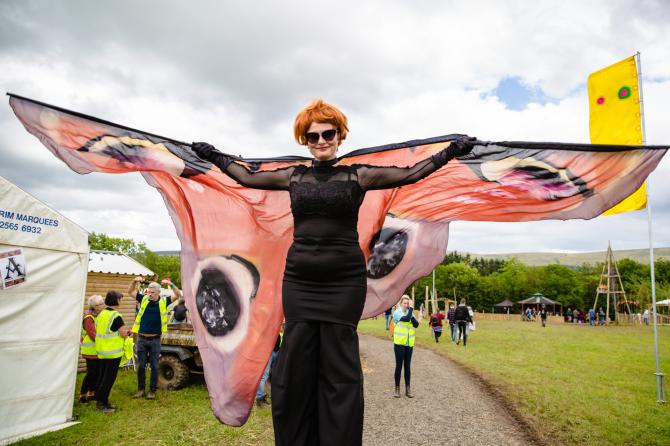 STENDHAL Festival has announced plans to proceed with a series of the first ever socially distanced music festivals in the history of Northern Ireland.

The organisers say 'Stendhal Festival Presents: Unlocked,' will be a fantastic opportunity for music lovers around the country to get back out and enjoy experiencing live music for the first time in months, should the series of events be granted the go ahead in August and September.

Presently due to government regulations on mass gatherings, the event organisers can only plan and prepare for the event in the hope that by the time the announced dates come around in August and September, regulations relating to mass gatherings have been eased to allow for 500 to 1,000 people to gather outdoors.

This hasn’t deterred them from pressing ahead as Festival Director Ross Parkhill explained: “We are confident that we have come up with an event plan that will make going to outdoor music events safer than going to the supermarket.

“We will be liaising with the local council, the police, fire service and ambulance service to ensure that we have covered every possible eventuality and how it could relate to social distancing and health and safety.

“We are confident that we have put in place a design that will give these bodies the confidence that what we are proposing can be achieved and achieved safely.

“Ultimately, the decision on if we can actually go ahead will rest with the executive but with the recent relaxation of lots of lockdown measures we see no reason as to why what we are proposing wouldn’t be deemed safe.

“It's outdoors, we have a huge space to work with and we can set it up so that everyone can abide by social distancing measures at all times.”

The line-ups for the events will be revealed over the next few weeks and Ross says that people should expect the very best of Irish talent form both sides of the border.

“Obviously we will be looking close to home for our line-up for Unlocked,” he said.

“A big part of trying to get this event up and running is to get our home grown talent back to doing what they do best and to try and get them a few quid in their pockets following a few months that has been horrendous for the Northern Irish music and entertainment industry.

“We have some top, top acts to announce and we imagine that due to the more intimate atmosphere Unlocked will produce and the fact that all the emotions of joy, relief and excitement to be back on stage, for both the performers and audiences, some of these shows will be very special indeed.”

Ross concluded: “Expect very special performances from some of the very best talent the island of Ireland has to offer, beer gardens, delicious food and, perhaps best of all, over 25 acres of outdoor scenic countryside to enjoy.

“We feel a sense of duty to produce some sort of gathering this year, it certainly won’t be massive, but it will certainly pack a punch as one of the first live music events to proceed this summer – our work is needed now more than ever.”

Tickets for the first two August events will be on sale at Stendhalfestival.com from July 4.

Tickets for the three remaining proposed events will go on sale on a demand led basis.

Stendhal Festival presents: Unlocked will be taking place at Ballymully Cottage Farm, Limavady on the following dates (Subject to guidance on mass gatherings in August).

Camping Tickets for both August dates will be on sale from July 4, with non-camping weekend tickets to be released at a later date.

With each camping ticket you will also pre-book an 8mx8m camping plot that can sleep two people from the same household or support bubble.