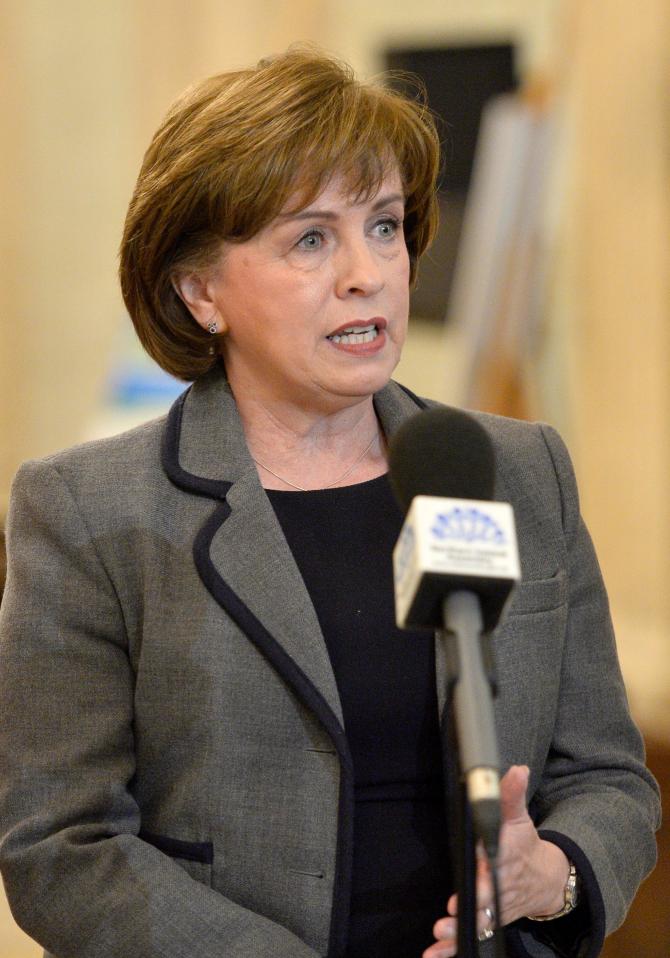 On Tuesday, Prime Minister Boris Johnson said people should remain two metres apart where possible but a "one metre-plus" rule will be introduced in England.

Mr Johnson said people would be encouraged to use "mitigation" - such as face coverings and not sitting face-to-face - when within 2m of each other and "where it is possible to keep 2m apart, people should".

Diane Dodds said: "I have made no secret of advocating on behalf of the industry.

"At one metre our restaurants and hotels, our coffee shops, are more viable than at two metres social distance.

"I wrote to my Executive colleagues and indicated that we should formally review that social distancing advice.

"We want our tourism industry to be sustained and be sustainable into the future and we need to make sure that the provision is there for them to do that in a way that is safe with all reasonable mitigation measures in place."

"We still believe that social distancing is a crucial tool in our fight against Covid-19, our recommendation still remains at two metres," he told the daily coronavirus briefing at Stormont on Tuesday.

"A number of countries across Europe have taken different policy decisions on opting for one metre, one-and-a-half metres, two metres, but as the minister says, those are policy decisions and there are a range of very complex factors that need to be weighed in the balance here," he said.

One additional coronavirus-linked death was announced in the region on Tuesday, bringing the death toll recorded by the Department of Health to 546.

However, no new cases were confirmed through tests conducted in health trust labs in the region, with the total recorded by the labs since the outbreak began remaining at 4,871.

Meanwhile, Mr Swann said he had no doubt that the handling of the pandemic is likely to be examined by inquiries at a later date.

"Do I think 'couldn't we have done some things differently?'. Yes, had we the rule book, had we the ability of hindsight that we have now, yes there are different steps we could have taken," he said.

"This battle continues and as my role as health minister, that's the fight that I'm still fighting."