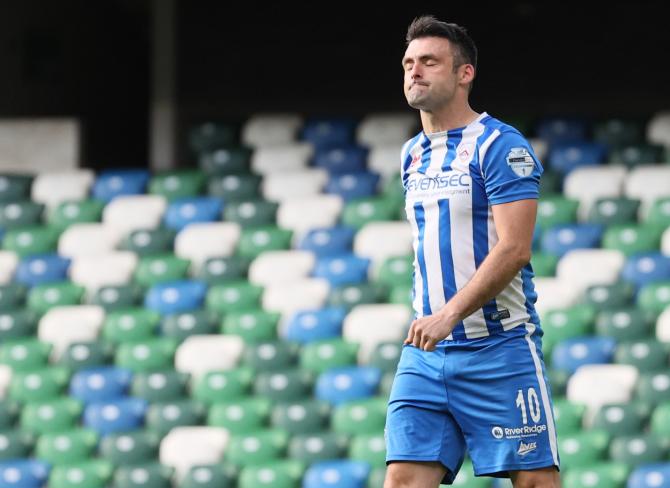 REPORTS this morning suggest that Coleraine striker Eoin Bradley is facing a potential six game ban by the IFA.

It follows an incident during Monday's Irish Cup semi-final when the Kilrea man appeared to urinate on the pitch.

It's claimed the Irish FA has written to Coleraine stating that the club has been charged with misconduct and 'bringing the game into disrepute.'

The proposed six-game ban for Bradley would be a massive blow to Oran Kearney and his side who finished runners-up to Linfield in the Danske Bank Premiership last season.

Bannsiders chairman Colin McKendry has confirmed the club received correspondence from the IFA.