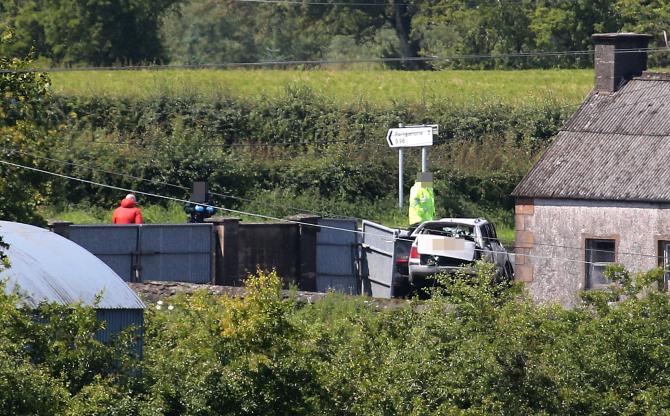 POLICE investigating a fatal crash in which three people were killed near Portglenone are renewing their appeal for witnesses.

The July 27 crash on the Lisnahunshin Road claimed the lives of husband and wife Paul and Varena Creelman and Phil Hegarty, Varena's brother.

Senior Investigating Officer David Anderson said: “A silver Volkswagen Passat and a black Audi were involved in the collision which was reported at around 10:40am.

"On Monday 3 August, exactly a week later, police revisited the scene and spoke with passing motorists as part of our efforts to glean as much information as possible about the circumstances of the crash.

"I am also renewing my appeal for anyone who was in the area and who may not have spoken to police to please do so.

"I would also like to hear from anyone who may have captured dashcam or mobile phone footage. Please call us on 101.

"A report can also be made using the online reporting form via www.psni.police.uk/makeareport or by calling Crimestoppers anonymously on 0800 555 111 or online at www.crimestoppers-uk.org.”