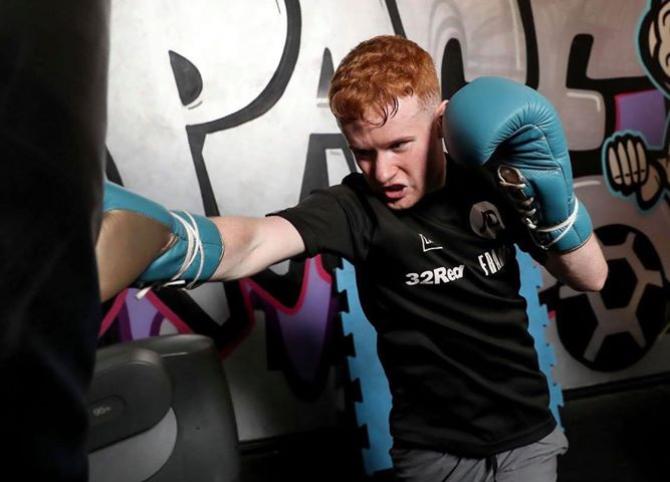 BALLYCASTLE boxer Gerard Hughes aims to create a big impression when he makes his international bow for Ireland this weekend.

Hughes, who started out at the Scorpion Club in Ballymoney but who now boxes out of the Holy Family club in Belfast, is part of an Irish squad in Italy.

The 20-year-old will compete in the 63kg class against as yet unknown opponents but admits he is relishing the challenge.

"It's my first appearance in an international event so it's a big chance for me to perform," he says.

"We have put the work in and hopefully that will get me the results I need."

Determined as well as talented, Gerard moved to the city from north Antrim four years ago to pursue his dream of becoming a boxer.

In that time, he has learned from the best, including sparring with Olympic medallist Paddy Barnes.

"I might have had a few black eyes from it but you don't get in the shower without getting wet," he laughs.