Jody happy to be back in the saddle 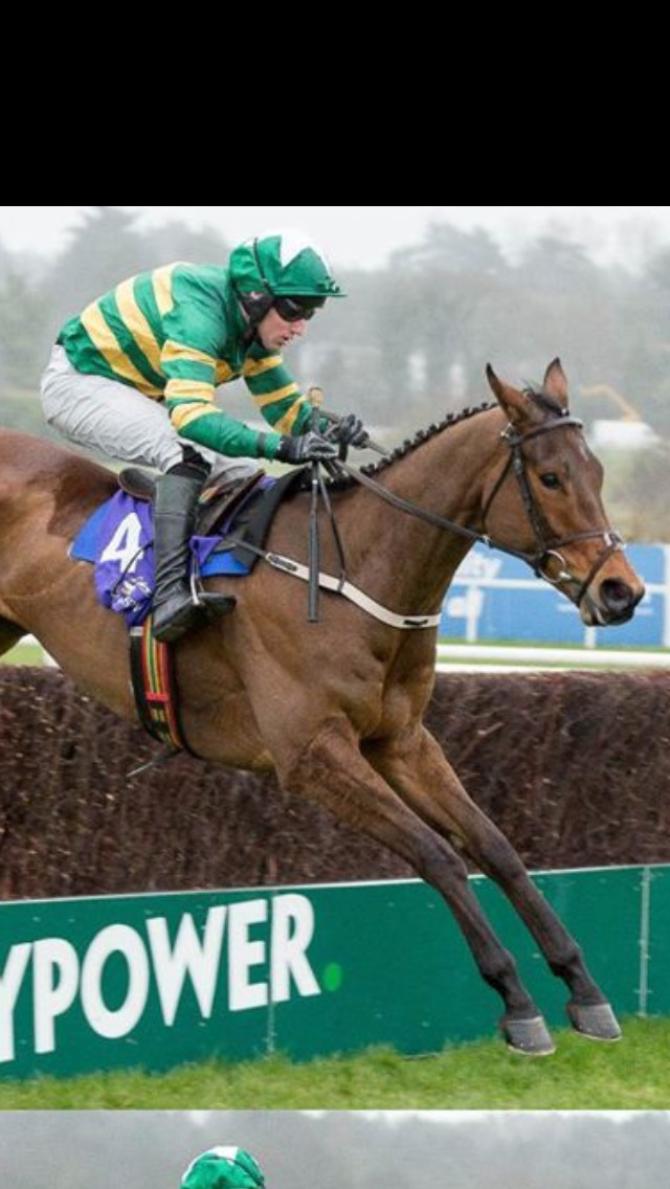 Articlave jockey Jody McGarvey admits he is looking forward to the return of horse racing in Ireland this week.

LEADING jockey Jody McGarvey admits he can’t wait to get started after it was announced that horse racing in Ireland will resume behind closed doors.

A strict series of protocols will be in place when racing resumes at Naas on Monday June 8, but the Articlave man admits he’ll do whatever is necessary to go racing again.

The 29-year-old, who has ridden well over 100 winners in his career, believes that the time is right for the sport’s resumption.

“I think it is the right decision as we showed how we could race and still adhere to social distancing rules before the lockdown was put in place,” says Jody from his lockdown base in county Kildare.

“I’m delighted with the decision as it’s been a long few weeks and I really miss the buzz of race riding, so I’m excited to be getting back going again.”

Unfortunately, the timing of the pandemic could hardly have been worse, forcing the cancellation of some of the biggest meetings of the year.

“I’ve been riding out a few mornings a week on The Curragh, although it’s been very frustrating having to miss the likes of Aintree, Fairyhouse and Punchestown festivals,” he continues.

“They are three of the biggest dates on the calendar so it really was a shame to have to miss them.

“It’s been hard but manageable. Because we haven’t been racing we haven’t been riding out in the mornings as much so that hasn’t helped but, on the other hand, I’ve had plenty of time on my hands so I’ve been doing a lot more running and training than normal so I’ve managed to keep my weight fairly normal.

“It’s been a welcome break too from sweating in saunas and going hungry a few days a week!

“Also, I’ve never felt as well as regards to injury. I’ve had a few nasty ones along the way and this time off has really given the body a well deserved break.”

Like the rest of us, the former Coleraine Inst pupil has had to readjust in unprecedented times.

“I’ve been keeping pretty active to be fair and I’m lucky in a sense that I can still ride a few days a week; I’d probably crack up otherwise,” he says.

“I live on the edge of The Curragh and a friend of mine lives with me so we’ve been isolating with our neighbours who were actually at Cheltenham with us before lockdown.

“We’ve spent time together all through the lockdown so it’s been nice to have a bit of company for dinner rather than being stuck on your own.”

And what the all-important weight, vital for a jockey? Have all the dinners taken their toll?

“I’m still pretty fit so that won’t be an issue but I’ll have a few pounds to drop so the dinner portions will be getting a lot smaller in the coming weeks,” he laughs.

Strict guidelines will be in place when horseracing returns with face masks for jockeys and staff the new normal and no crowds permitted on course.

“We’ve already had a taste of what that’s like before lockdown but it is strange. There’s no atmosphere and the buzz is kinda gone, but we’ll do what we need to to get things back going as normal. For now, we’ll just get on with it and hope things will get better sooner rather than later,” says Jody.

“I’ll do whatever I have to to get our sport back up and running. It’s such a massive industry and it affects a lot people so I think it’s vital we get back as quickly as possible.

“I’m looking forward to getting back to the buzz of riding. All the lads in the weighroom are a real tightknit group so you miss the banter in there which is actually a really daunting thought that that’ll all be gone when you retire which is sooner rather than later in terms of jump jockeys.

“Like every season I try to beat the previous seasons tally of winners and I think it’s important to have something to aim at.

“I’m looking forward to riding Sacchoandvanzetti. He was a really promising novice last season, winning at Punchestown and Galway, and I was quietly confident going to this year’s Cheltenham Festival but it wasn’t to be. He’s still an exciting horse going forward.

“My boss JP McManus always buys a really nice type of young horse so there’ll be plenty to ride and, hopefully, I get the chance to throw my leg over a good one!

“I’ve had well over 100 wins in my career so far but I’d say winning on Great Field at the Punchestown Festival has to be the highlight.

“It was a Grade One, which is the highest level in the sport, and it was for Willie Mullins, the biggest trainer in Ireland, and JP McManus, one of the biggest owners!”

A few more like that would be very welcome when racing gets up and running again.