Methody prove too strong for Dalriada 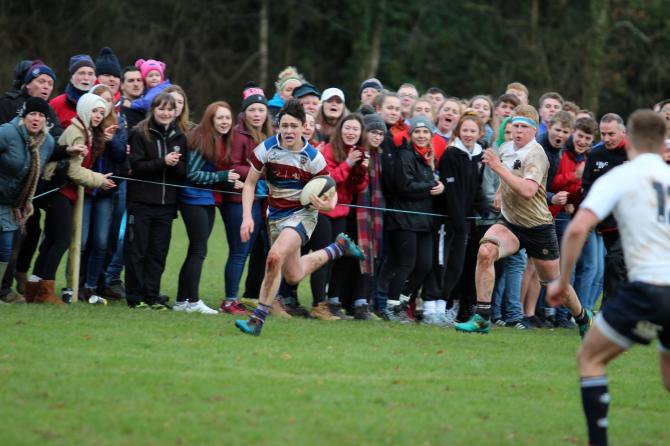 Dalriada lost to Methody inf ront of a huge crowd in Ballymoney on Saturday morning.

DALRIADA'S brave run in the Danske Bank Schools Cup is at an end.

Having disposed of local rivals Coleraine Grammar School in the previous round, the Ballymoney school found favourites Methody too hot to handle in Saturday's fourth round clash in Ballymoney.

The Belfast school underlined just why they are most peoples' favourites to win a 36th title by powering to a 47-7 victory in front of a huge crowd.

Their reward is a mouth-watering clash with Belfast rivals RBAI in the last eight.

Despite the defeat, Dalriada coach Bryan Young admitted he was proud of his players' efforts.

"The boys again showed their character, that spirit that they've showed all season," said the former Ulster prop.

For report and photos from the game, see this week's Chronicle.