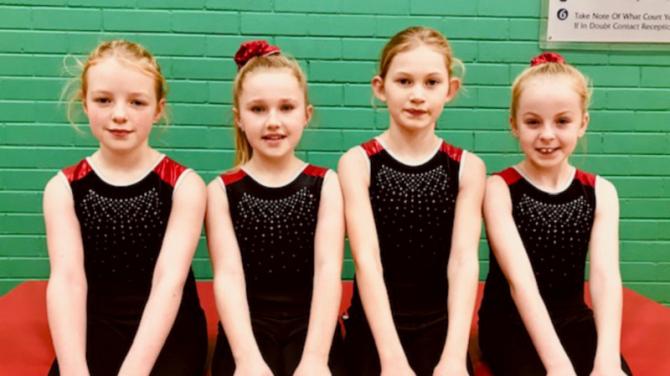 TeamGym is a relatively new gymnastics discipline, which allows gymnasts of different abilities to perform at the same time as part of a full (up to 12 gymnasts) or micro (up to five gymnasts) team.

Roe Gymnastics entered two ‘microteams’ of four and three gymnasts, competing in tumbling and trampette/vault, against four other clubs from across Northern Ireland (Abbey, Arabesque, Kaleidoscope and Shooting Starz). 20 teams competed in total.

The teams were accompanied by Head Coach, Emma Brown, Proficiency / assistant coach Ellie McIlmoyle (who also gave up her time to judge the competition) and club volunteers Riah Doherty and Emma Service.