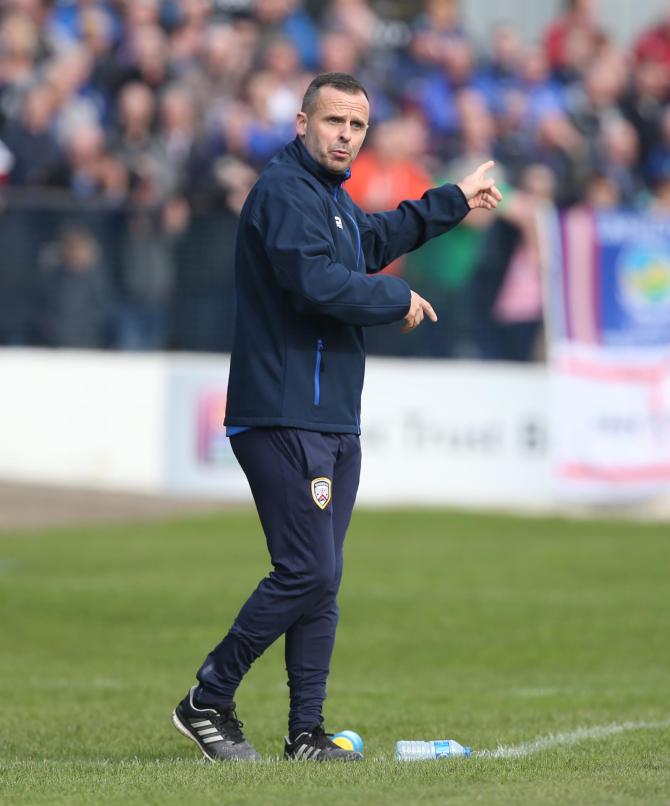 Coleraine manager Rodney McAree has expressed his delight after what turned out to be a productive January transfer window.

January signalled no fewer than seven new faces arrive at The Showgrounds in what was the busiest window for the club in a number of seasons.

The Bannsiders secured the services of youngsters Dylan Davidson and Dylan King from Glentoran and Glenavon respectively. Winger Cormac Burke joined from Dungannon Swifts whilst ex-Rangers and Northern Ireland star Dean Shiels arrived after a stint with Derry City.

Midfielder Ben Doherty was one of McAree's early recruits, joining from Derry City after a spell on loan at Glenavon. Elsewhere, local lad Mark Edgar returned to the club from junior side Portrush FC.

Omagh native Jamie Glackin made the switch from Crusaders to rekindle his relationship with Coleraine' boss McAree; the pair previously worked together at Dungannon Swifts.

“I didn't expect to bring in so many because I'm not really a fan of wholesale changes - but we needed to add numbers.

“I've recruited a range of youth, quality and experience and hopefully it will leave us with less work to do in the summer."

For a period it looked as though the Stripes would land Institute marksman Michael McCrudden, but he later opted to stay with paddy McLaughlin's side. However, McAree comended the Coleraine board for their backing in his first window.

“The support given to me was excellent and I think it shows the hard working nature at this club and the sense that everyone wants to drive the club forward," he said.

“They put faith in me from the start because we needed bodies.

“We lost out on Michael McCrudden, but the board did everything they could and who knows we may revisit that one in the future."

With a bolstered squad heading into the second half of the season, McAree insists that competition for places will bring an added hunger to the dressing room.

“We have greater numbers in the squad and now everyone has to be working hard," he said.

“I think it is important that we get all the players gelling together as quickly as possible and finish the season strongly.

“It is a level playing field now and everyone needs to do their best to cement their place in the team,” he added.

The Bannsiders face Championship outfit Dergview in the sixth round of the Tennent's Irish Cup tomorrow and McAree hinted that deadline day signing Dylan King will be in contention for his debut.

“I got wind that Dylan was leaving Glenavon and I made a move to sign him," said McAree.

“I wanted to get the deal over the line because you run the risk of losing him to another club.

“Dylan is 6ft 2” and I know people who have worked with him in the past and he is a highly rated defender.

“We have had injuries in defence and personnel missing so I am looking forward to working with Dylan because he has a great attitude and work rate."