All Ireland win for Dalriada 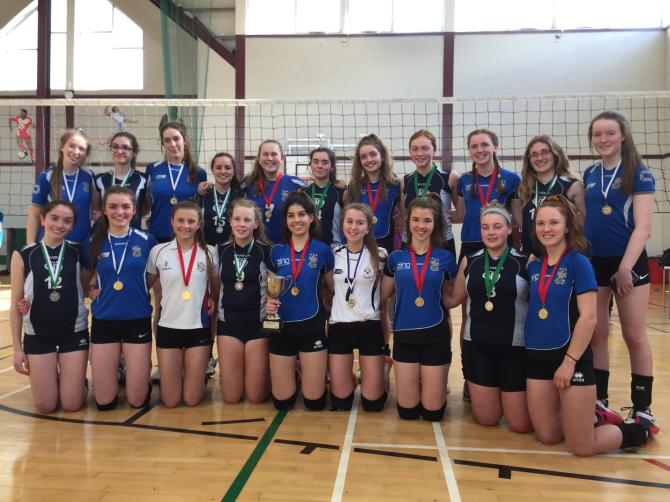 The Dalriada volleyball squad which clinched the Senior All Ireland title.

DALRIADA School Ballymoney has won the All Ireland senior volleyball title for only the second time in the school's history.

The girls from the 'Toon' defied their underdogs tag to defeat Clare school Colaiste Muire in an epic five set encounter.

In doing so, they gained revenge for defeat to the same school at Under-16 level two years ago.

"Knowing that we were underdogs gave us an advantage," admitted coach and teacher Ian Walker.

"We are immensely proud of what the girls have achieved and it will provide them with a memory that will never diminish," he added.

The victory ends a nine year wait for Dalriada to reclaim a trophy they have won once previously in 2010.

To read the full story and to hear the thoughts of Head Girl Imogen Thompson pick up a copy of this week's Chronicle newspaper.