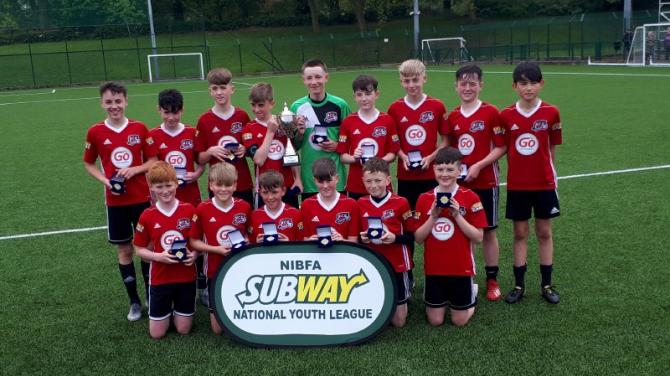 NINE Roe Valley players clinched the NI Premier League title for Maiden City Academy in a tense final against Glentoran, on Saturday (May 25).

Maiden City Academy U13 won the NI Premier League with a brilliant 2-0 winner-takes-all final match of the season win over Glentoran.

These lads from the age of five have represented Roe Valley right up to 11y old before moving to the top tier of youth football under the guidance of Craig Lynch, a coach with a wealth of experience at Maiden City Youth.

A string of nine victories in the last 10 games saw the team over the line including a winner takes all decider away to an unbeaten Glentoran.

The successful team kept eight clean sheets in the last 10 games which is a record in its self.

The talent within the North West is something to be proud of, and the nine Roe Valley players should be very proud of their achievements.