Blow for Bannsiders as Darren McCauley's future in doubt 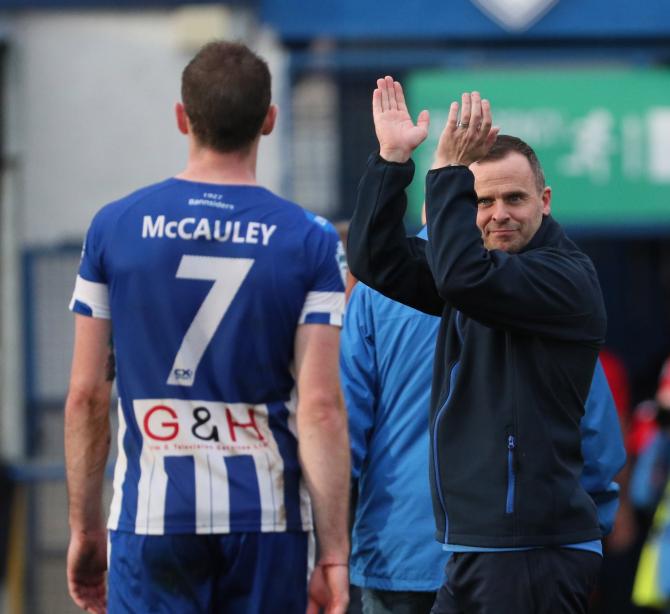 COLERAINE FC could be dealt a blow in the January transfer window as Darren McCauley looks set to depart the club.

The former Celtic trainee has become an instrumental part of the Bannsiders' success in recent years and has netted on eight occasions so far this season but a post on the club's official website speculates that McCauley could leave The Showgrounds in the coming weeks.

Speaking to Chronicle Sport, Coleraine manager Rodney McAree said: “It is a massive disappointment for us that Darren has decided that his future lies elsewhere.

“Everyone associated with Coleraine FC can hold their head high because the offer made to Darren was exceptional,” added McAree.

“He is an exceptional talent but it seems like he fancies a new challenge and has done for a while."

He added: “It will not be easy to replace him but that is the challenge handed to me and it is important that we make sure we bring quality players to this football club.”

The 27 year-old has is believed to have attracted the attention of clubs both north and south of the border.

A number of clubs are keen to sign the attacker with McCauley's home town club Derry City emerging in pole position to land the player's signature.

The winger has also expressed his desire to make a return to full time football and the full time environment at Derry City would fit the bill. North Belfast side Crusaders and Bluefin Sport Championship big spenders Larne are all in the race to sign the Coleraine player.

McCauley could rekindle his relationship with former Coleraine midfielder Ciaron Harkin if he decides to return to the Brandywell. Harkin was a fans' favourite at The Showgrounds but opted to re-join Declan Devine's revamped Derry City side as they prepare for the new season.

With Darren McCauley's departure looking likely, one player that the Bannsiders have been heavily linked with is Institute striker Michael McCrudden. The striker has been in deadly form so far this season netting 18 times for Paddy McLaughlin's side.

As speculation continues, McAree admits his desire to land the striker's signature.

“We have made an inquiry to Institute about Michael McCrudden and I would love to see him joining Coleraine in the near future,” he said.

“Michael is a fantastic player and a great guy but I know there is a lot of interest in him so we will wait patiently and see how things develop," he concluded.