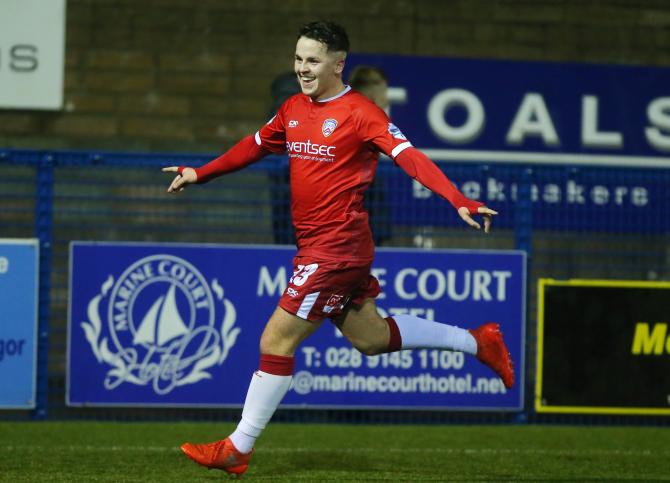 January signing Ben Doherty has made an immediate impact since joining Coleraine, scoring the opening goal in the 2-1 win at Ards last Friday.

COLERAINE'S latest recruits could make their bow for their new club this weekend.

Midfielders Cormac Burke and Dylan Davidson were ineligible to play in Friday evening's 2-1 win away at Ards but should be available to manager Rodney McAree for Saturday's clash with Dungannon Swifts at the Showgrounds.

Both have expressed their delight at joining the Bannsiders who moved to within a point of Glenavon in the top half of the table following the dramatic last minute victory at the Bangor Fuels Arena.

Saturday, of course, will have added significance for Rodney McAree as it is the first occasion he will have managed against his former club.

Daniel Hughes helped himself to a hat-trick in a game which led to the departure of Cliftonville manager Barry Gray.

Meanwhile, it is believed Darren McCauley is closer to finalising a move away from the Showgrounds, with Scottish club Inverness rumoured as his most likely destination.