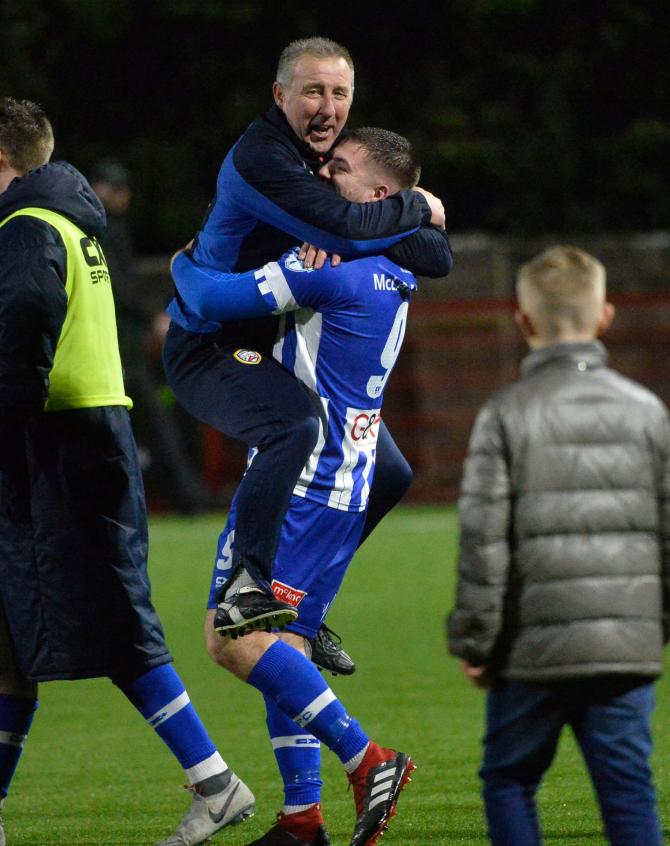 Fresh from guiding his players to a famous victory over Larne, the former Dungannon boss added that the clash at the Oval on Saturday March 30 was one 'to relish.'

"If we want to retain the Irish Cup then we've got to beat Crusaders at some stage," he conceded.

"It's a tough test but one that we're all looking forwards to."

It's back to action this weekend for the Bannsiders, with a derby clash a home to title-chasing Ballymena Utd to look forward to.

"It's a good game on the back of the highs off Larne and we want to keep the momentum going," said the manager.

For a full round-up of the week's action, see this week's Chronicle.