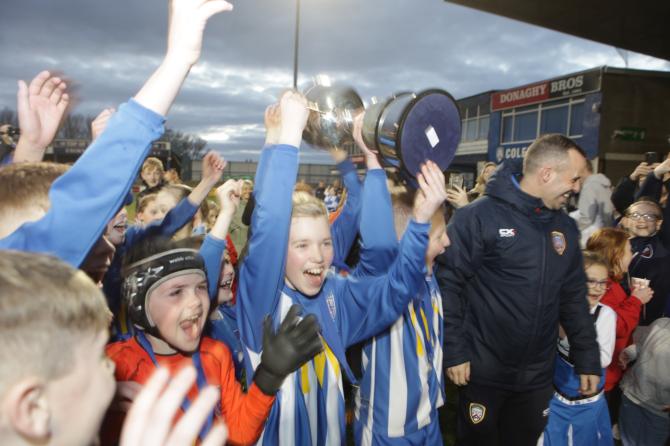 The Coleraine school and opponents, Carnalridge Primary School in Portrush, were locked together at 1-1 at half-time following an entertaining and even first half.

However, a brace of expertly taken free-kicks after the interval from Gaston secured a first win for his school since 1985 and only the second in the club's history.

The victory completed a remarkable treble for Harpur's Hill who added the Doherty Cup to the Mullan Cup and Killowen Cup which they had already won this season.

Commiserations, too, to Carnalridge Primary School contesting their first ever Doherty Cup final and who acquitted themselves well in their debut appearance.

Chronicle Sport was there to capture all the action and reaction and will have a two-page spread in Tuesday's edition featuring interviews with coach Jordan Moffatt, skipper Alfie Gaston and Harpur's Hill principal David Radcliffe.