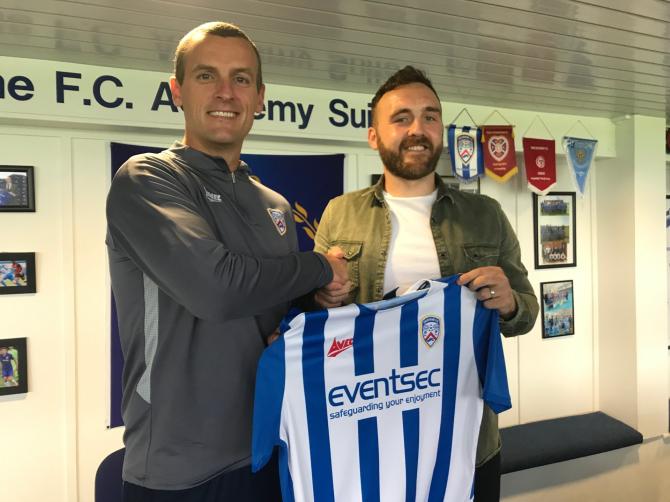 Oran Kearney has completed his first piece of transfer business since rejoining Coleraine as manager earlier this summer.

The Bannsiders have added former Derry GAA star Emmett McGuckin to their ranks. The attacker joins the Bannsiders from Bluefin Sport Championship side Dergview after previously turning down offers from top flight clubs including Ballymena United.

McGuckin, who joined the Stripes on a two-year deal, started out with Magherafelt Sky Blues before joining Ivan Sproule at Dergview in January and played a vital role in helping the Castlederg outfit avoid relegation.

The school teacher also played against Coleraine for Dergview in the Irish Cup clash at The Showgrounds back in February when the Bannsiders enjoyed a comfortable 3-0 victory in the sixth round of the Tennent's Irish Cup.

Speaking to Coleraine FC's website, Bannsiders's boss Oran Kearney revealed that he is excited by what McGuckin has to offer.

"Emmett has been on our radar for quite some time," he admitted.

"He is a strong, athletic and powerful striker who is in great physical shape due to his GAA commitments.

"Ivan Sproule at Dergview couldn't speak highly enough about him and he ticks all the boxes in terms of what he can bring to us.

"I have no doubt that he will make the step up to the top level of Irish League football and we are looking forward to working with him."

Emmett McGuckin will wear the number 23 shirt this season and could make his debut in Coleraine's league opener at home to Cliftonville this weekend (KO 3pm).

*Read full match reaction from the first game of the season inside next week's Chronicle.