Oran heralds a 'thing of beauty' 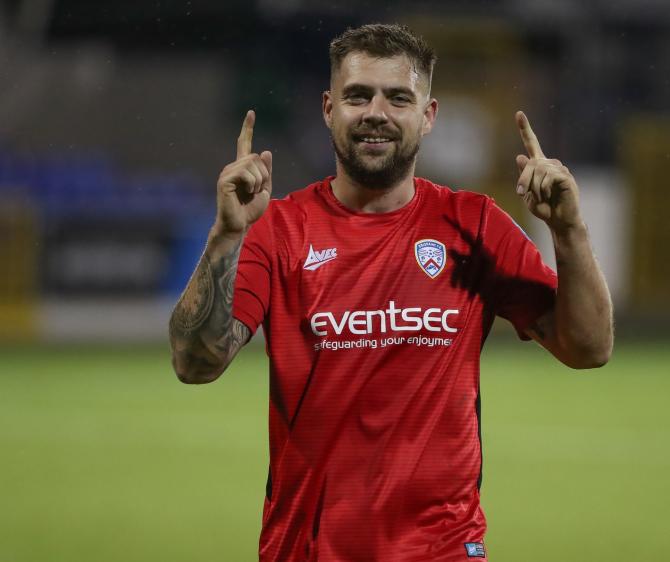 THE only disappointing thing about James McLaughlin's stunning last minute winner for Coleraine in Thursday's Europa League win over La Fiorita was that there were no fans packed in the Railway End to witness it.

Everything else: well, it was right out of the top drawer. The long, ranging pass from left-back Aaron Traynor, the run by the striker, that first touch and the awareness of the finish.

Such was the quality that it is being compared to legendary Dutch striker Denis Bergkamp at his imperious best.

"It's always about that bit of quality and decisive finish," said Bannsiders' boss Oran Kearney.

"When you see Aaron Traynor’s pass, when you see James’s first touch, which absolutely kills the centre-half, and the finish...it’s a thing of beauty."

The goal, which bagged Coleraine a trip to Slovenia next week to face NK Maribor, has also drawn widespread praise on social media with fellow strikers leading the way.

"It was a brilliant finish right at the death and would have been an iconic moment in the history of the club had the stand behind the goal been packed," reflected Oran.

"But it was still a great goal and worthy of winning a European tie."