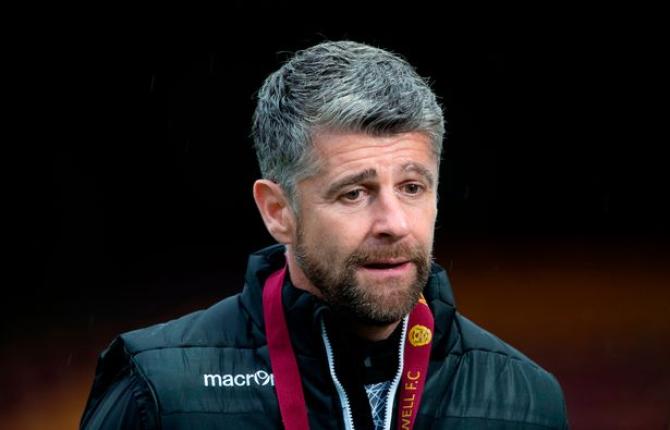 The Lisburn man, good friends with opposite number Oran Kearney, is expecting a tough battle at a familiar stomping ground.

“The last time I was at the Showgrounds, Stephen Craigan and I were managing the NI Under-21 side in the Milk Cup when there was the fight with the Mexican team,” he said at Wednesday's press conference.

“I have some good memories and some not so good which makes it a little bit of a mixed bag.

“But it's nice to be back. Obviously, we want to go away with a victory, but we know it's going to be a tough, tough game for us.

“It will be fairly similar to the Glentoran game and both Irish League teams have done fairly well in recent times.

“Oran seems to fit here at Coleraine. When he left and went to St Mirren, Coleraine struggled a little bit and, then, since he’s come back, they’ve kicked on and done really well.

“I know Oran well as I've been in Scotland with him and we used to travel back and forward together.

“I have a lot of respect for him and for what he has done for Coleraine and we certainly won’t be underestimating the task ahead.

“We are well aware of the threats. Coleraine have some experienced boys that have been there and done it and been around the block.

“They will have good game knowledge so we will have to be very much up for it and take our game to Coleraine.

“We'll be favourites to win the game and will have a lot of the ball but we will need to have an end product.

“Against Glentoran the lesson was that we had to be patient. It might not be the first 15 minutes that you win the game so you will need to show a lot of patience and persevere with your beliefs,” added Robinson, who has worked with several Coleraine players in the past, including Lyndon Kane and Ben Doherty.

Motherwell players trained on the Showgrounds pitch on Wednesday evening and Robinson said there would no excuses should they lose.

“We have worked on things such as end products and numbers in the box but we are also very aware of the threat Coleraine pose on us,” he continued.

“They enjoyed a magnificent result against Maribor so anything is possible.

“I would class us as one of the smaller teams in Europe as well so we are hoping to take advantage of that, just as much as Oran will be.

“It would be absolutely fantastic to be in the third round but this is great as Northern Ireland football is now being seen as a decent force.

“What Linfield have done and what Coleraine have done I think is fantastic.

“Obviously, being from Northern Ireland, I am fairly patriotic and proud and we are delighted with that.

“As far as Motherwell are concerned we have never actually got this far so it is a big incentive to win.