Coleraine get better of Ports in North West Cup 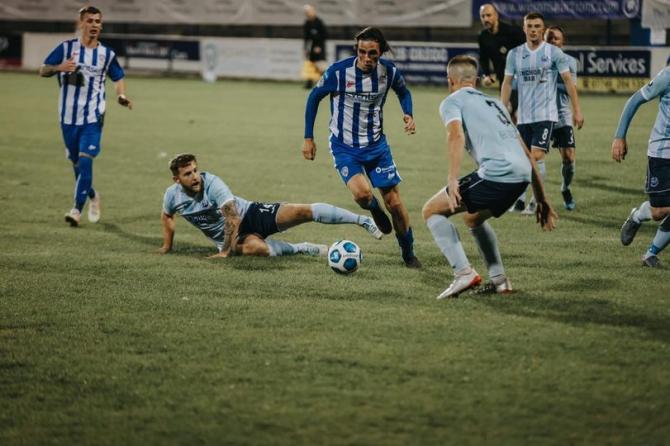 COLERAINE will host Dergview in the semi-finals of the Eventsec North West Cup this Saturday after overcoming the stout resistance of neighbours Portstewart at the Showgrounds on Tuesday night.

Goals from Curtis Allen and Jamie Glackin, one in either half, secured the win for Oran Kearney's men against their Premier Intermediate League opponents.

The Ballymoney man selected a strong starting XI and he was rewarded with a much improved performance from Saturday's defeat to Annagh Utd.

"We spoke about it on Saturday, about getting over the whole European thing," said Oran.

"The boys are only human and while Saturday was a big come down it's over and we're starting into something new again.

"We're a team that hunts and grafts and turns ball over, particularly in the opponents' side of the pitch, and I said to the boys all I want to see tonight for 90 minutes is that.

"To be honest I think we got it in abundance in all aspects and the only thing that let us down was our decision-making in the final third.

"The longer the game went on the stronger we got and it was certainly a lot more cohesive than Saturday," he added.

His opposite number Johnny Law, a one-time Coleraine Reserves manager, admitted he feared the worst when he saw the Coleraine team but praised his players for how they coped with the challenge.

"When I saw their team sheet I was a bit worried I have to admit," conceded Law.

"I watched Coleraine in their European games when they were top-notch but I knew our boys would dig in.

"We were on a hiding to nothing and they had that bit of quality which won them the game.

"The performance certainly gives us a platform to build on," he added.