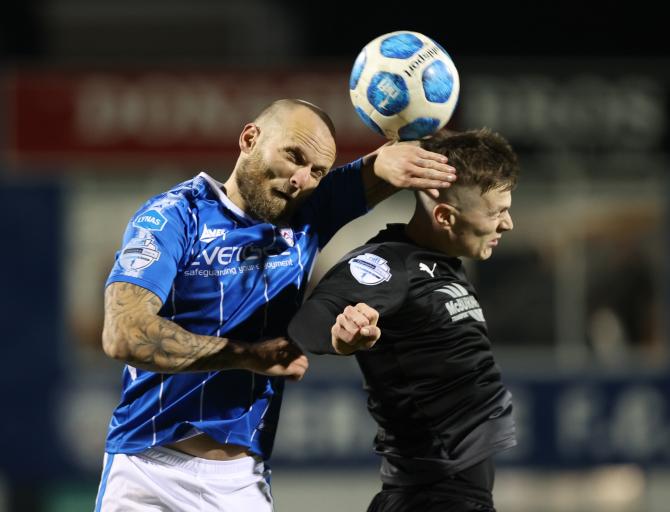 The young defender headed home unmarked from a Steven McCullough corner to break the deadlock on a night of high drama off the pitch.

Coleraine squandered a number of chances in the second period but failed to find a way through a resolute Ballymena defence.

The game was watched by around 500 fans, but only after some last minute shenanigans after it was revealed that supporters would not be allowed to gain entry following an announcement by the NI Executive.

However, Coleraine chairman Colin McKendry took the decision to allow fans, who had purchased their tickets during the week, entry to the stadium amid fears for public safety.

He said he believed the club had been placed in an 'impossible position' by Stormont.

Much more to come on this story over the weekend and, of course, in Tuesday's print edition.