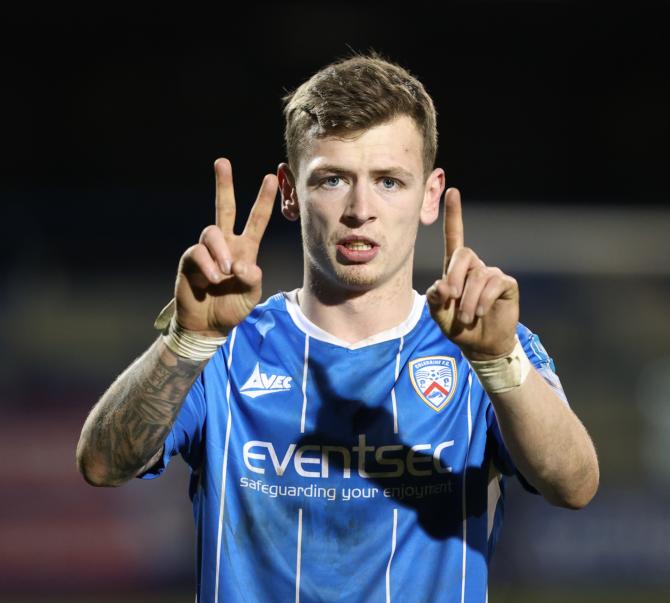 COLERAINE returned to winning ways on Saturday but how they were made to work for a welcome three points by a dogged Warrenpoint Town side.

The Bannsiders dominated for most of the game yet with time almost up somehow found themselves level at 1-1.

It was no more than the home side deserved to be honest and perhaps the only criticism that can be levelled at the players is that they didn't kill the game off much earlier.

Ben Doherty fired them in front in the first half with a crisp finish as a much-changed XI played some decent stuff in that opening 45 minutes.

Strikers James McLaughlin, Eoin Bradley and Curtis Allen all found themselves on the bench as Oran Kearney went in search of a winning formula.

And for large periods the team he selected more than merited their starting places, an encouraging sign for the management team as we approach the busy festive period.

Of course, not having secured a win in over a month leads to a lack of confidence and that was tested further in the dying embers when the visitors scored with a rare foray forward.

However, Nixon's late winner ensured the right result and may yet prove to be a turning point in Coleraine's season.

For Warrenpoint Town, manager Barry Gray will be left to reflect on a testing afternoon in which he lost two players to red cards - goalkeeper Gabriel Sava and defender Gavin Peers - as the game descended into chaos late on.

For reaction and analysis pick up a copy of Tuesday's Chronicle.