Challenge Cup semi-finals to be played this weekend 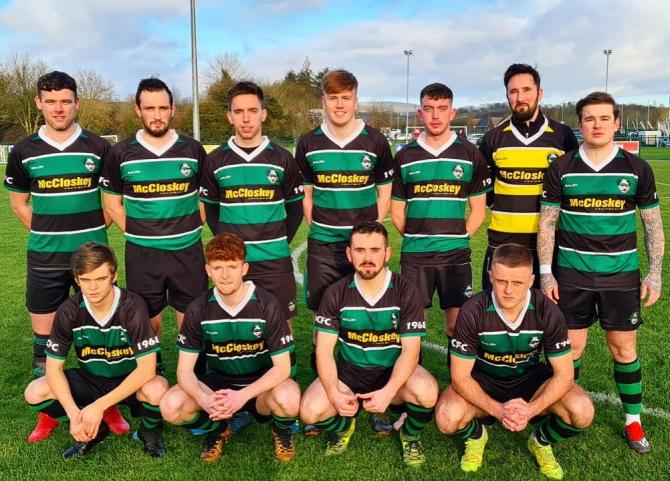 A return  to competitive action brought a day of drama and penalties for teams taking part in the N.I. Intermediate League Challenge Cup.

At Ardstraw, a last gasp goal by the hosts was cancelled out by an even later one from Dungiven Celtic who went on to win the tie in extra-time.

Newtowne had to go a step further when their match against Newbuildings United finished all square after extra-time.

The Limavady side went on to book a semi-final place, virtue of a 5-4 penalty win.

There was to be even more at Spamount in Castlederg, where Strabane Athletic entertained Maiden City.

It was only when 14 spot-kicks were taken that Maiden City were proclaimed victors.

It is hoped to play the Challenge Cup semi finals this coming Saturday.

With Dungiven Celtic and neighbours, Newtowne, already awaiting a League Cup Final contest they could make it a similar scenario here.

These ties kick off 1.30pm, with extra-time and penalties if necessary.

It is also hoped with this long awaited return to competitive football that the final of the Challenge Cup may be played prior to, or around, the Christmas period.

There is a local derby when Newtowne host Limavady United while Newbuildings United face Dungiven Celtic at The Community Centre.

Strabane Athletic will be strongly fancied when they host Desertmartin and at Swilly Stadium, Maiden City entertain Portstewart.

For all the latest news and action from the NI Intermediate League pick up a copy of The Chronicle on Tuesday morning...