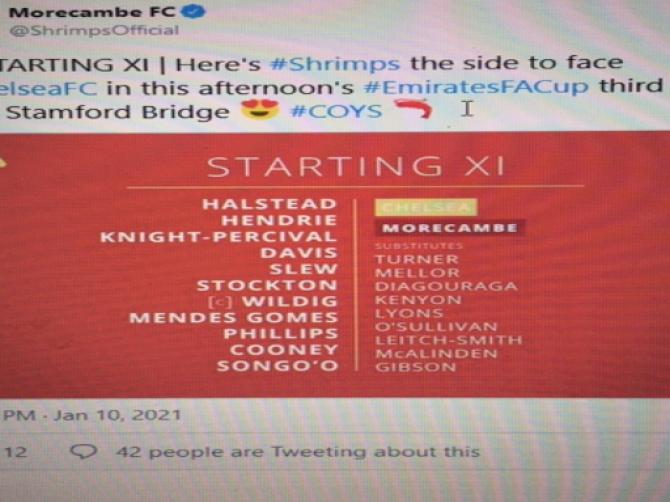 FORMER Coleraine midfielder Brad Lyons has been named among the Morecambe subs for this afternoon's Emirates FA Cup clash against Chelsea at Stamford Bridge.

The Ballymoney man joined the League Two club on loan from Blackburn Rovers last week and could make his debut against Frank Lampard's side this afternoon.