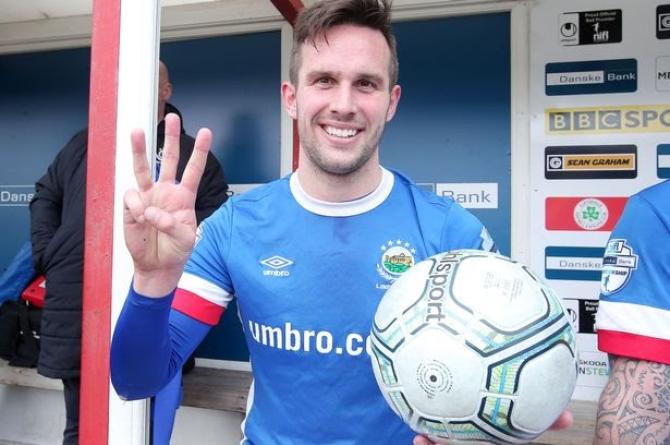 Andy Waterworth is one of three Linfield players on their way to Mourneview Park.

Glenavon have confirmed the signings of Andrew Waterworth, Mark Stafford and Mark Haughey.
The trio are joining the club hot off the back their league and cup double success with Linfield this season.
Gary Hamilton described the signings as "massive news for the football club".
He added, "For a club of our stature to bring in three players who gave achieved so much over the last five years is incredible.
"I hope that these players can take us to the next level. I don't think we are that far away from being a top six side and I think bringing in three born leaders and born winners will help everyone at the football club."
Yesterday the club sealed a European playoff spot following their 1-1 draw with Dungannon Swifts. They will play Larne on Tuesday night in the semi-finals.