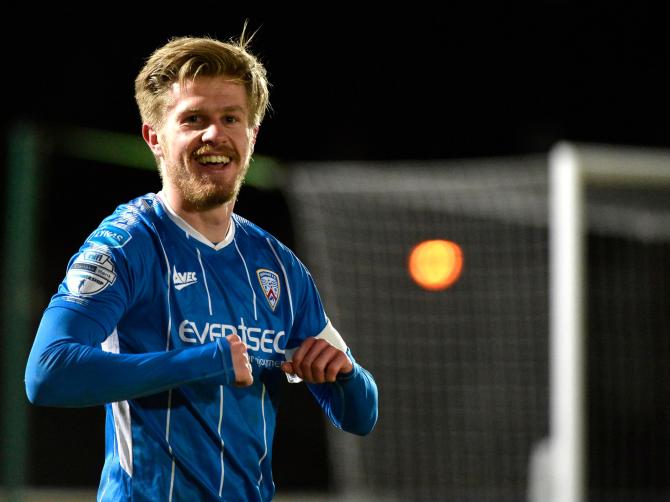 COLERAINE FC is thrilled to announce that Lyndon Kane has agreed a new three-year deal with the club.

The new contract will see the Coleraine native being awarded with a testimonial in the 2023-24 campaign.

The defender played a massive part in the Bannsiders’ success in the Irish Cup in 2018, as well as lifting the League Cup in 2020.

The 24-year-old captained the club for the first time against Carrick Rangers in 2019 and scored a memorable penalty in the shoot-out win against NK Maribor in the Europa League.

Despite being pleased to tie down Lyndon’s services on the pitch, Bannsiders boss Oran Kearney acknowledged how the full-back has matured into ‘a great person’ away from football.

“First and foremost, this is brilliant news and one I’m delighted with,” he said.

“It is very rare for a footballer to get a testimonial these days but the fact Lyndon will have one at 27-years-old just shows the career he’s had.

“The negotiations were easy and quickly sorted out which shows you the high esteem he’s held here and how much he loves the club.

“I gave Lyndon his debut at 16-years-old and I have watched him develop into one of the best right-backs in the country and the best is yet to come.

“Off the pitch he is a great person with how he conducts his business and he has a fantastic attitude and temperament after coming through some difficult times with injury.

“This is big, big news and I’m delighted for Lyndon the person and the footballer.”