Coleraine look to pick up first points of new season 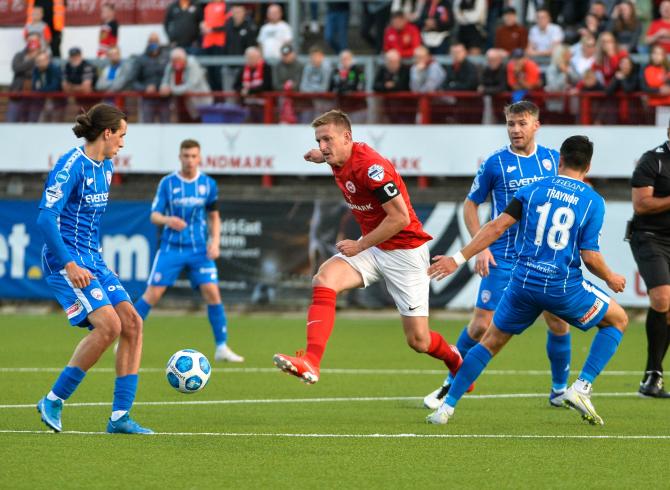 Coleraine will look to get their first points of the season when they visit Cliftonville on Tuesday evening.

COLERAINE will look to claim their first points of the new season when they travel to Cliftonville on Tuesday evening.

The Bannsiders went down 4-2 to Larne in the season opener on Friday night while, less than 24 hours later, Cliftonville defeated Carrick Rangers 2-1 at Solitude.

Jamie Harney was the unlikely goalscoring hero for the Reds on that occasion, scoring both his side's goals, and he was on target the last time the sides met in north Belfast.

The big defender put Paddy McLaughlin's side in front on that occasion, only for the now departed Ben Doherty to fire the visitors level from the penalty spot.

Paul O'Neill popped up with the winner as Coleraine striker Eoin Bradley received his marching orders after picking up two yellow cards.

The Bannsiders gained a measure of revenge with a 2-0 win over the same opponents at Coleraine in May - Doherty scoring twice from the spot this time - and games between the two sides are generally tight affairs.

Tonight promises to be no different as both look to gain some momentum even at this early stage of the campaign.

“This evening is another away game and, with our new pitch being laid, we'll be on our travels for a few games," said Bannsiders' boss Oran Kearney.

“It's always a tough game there and I know they have put down a new surface in the summer which by all accounts is in great shape.

“Cliftonville have recruited well and throughout the league it has been the same.

“They will all bring their own troubles and I'm sure Tuesday night will be no different," he added.