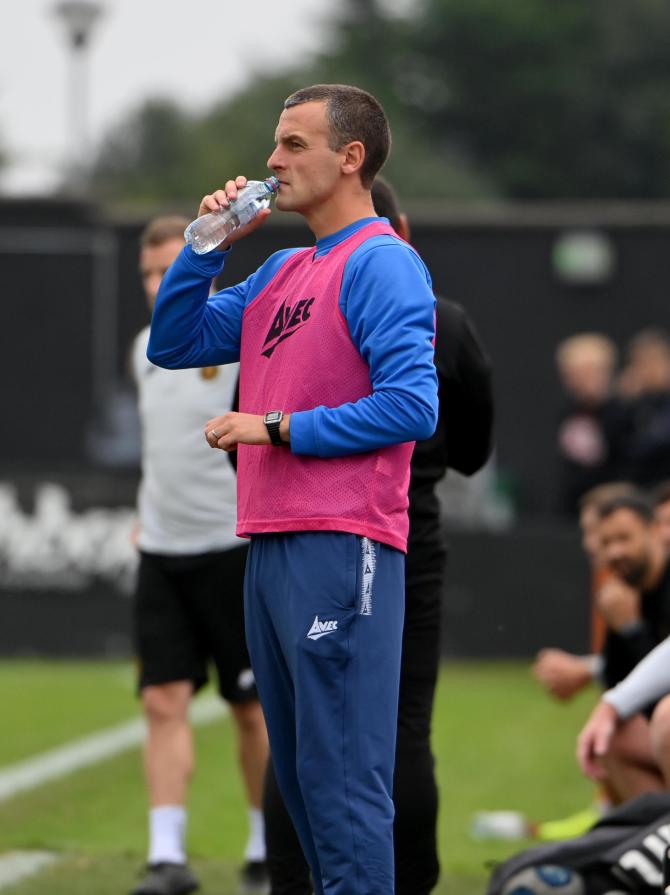 LEAGUE Cup holders Coleraine fired out a warning that they won't give up the trophy easily as they easily accounted for Premier Intermediate League side Bangor on Tuesday night.

The Bannsiders, who defeated Crusaders in the final of this competition when it was last played in 2019, raced into an early lead and never let up.

They were 4-0 up by half-time and added just a single goal after half-time as manager Oran Kearney emptied his bench.

A sobering night then for the hosts and their manager, former Linfield forward Lee Feeny, who face another north coast club, Portstewart, in a league game this weekend.

It was a memorable night, though, for summer signing Cathair Friel who notched his first goals for the club following his switch from Ballymena Utd via Carrick Rangers.

The Limavady man opened the scoring early in the first half with a fine individual effort on his way to notching a hat-trick.

His second came via the penalty spot after Ronan Wilson had been upended while his third came towards the end of the game when he diverted the ball home from close range after being left unmarked inside the penalty area.

On a night of firsts, midfielder Evan Tweed opened his goalscoring account, firing home from range after being set up by Conor McKendry.

The former Larne man was central to all that was good about the visitors and he capped an impressive individual performance with the goal of the game, skipping past a defender before firing home an unstoppable shot from 25 yards.

Such was the margin of victory that Oran Kearney was able to rest a number of players while getting much needed minutes into several others.

All in all, then, a pleasing night.

"It's bang on what you would want on a night like this," he said.

"The standard that they're at, you know they're a good side, and they've players there that have played in the Irish League.

"We know it's a squad game nowadays so you're just trying to manage the squad and make sure that we get minutes into people who need it, but that we didn't drop the standard.

"Yes, we made some changes – sometimes we don't do that for games like this - but the players needed to show me that it's not weakened either because there's people itching to get into this team.

"People have shirts at the minute and it's important that they show me that they want to get into the team.

"To be fair, the response from the guys was brilliant.

"I thought some of the qualities we showed were excellent, especially in the first half.

"We were really on it for 40 minutes and we won the ball back a huge amount of times in their half.

"I thought Ronan Wilson did extremely well there and there was great energy from Glacks and Conor as well.

"But, more importantly, we showed that ruthlessness in both boxes as well and was good to see some good quality goals go in."