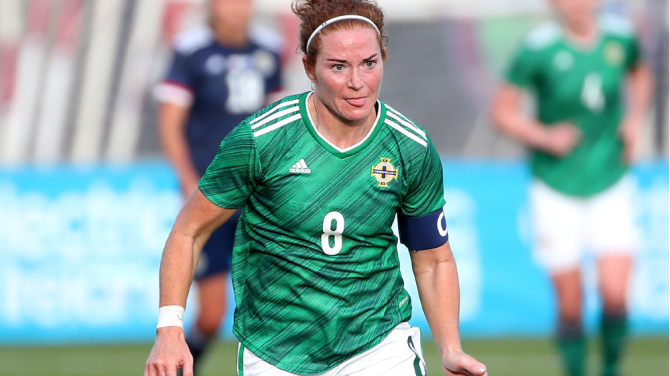 BBC Sport NI will stream both games with Friday's match at Inver Park kicking off at 7pm followed by the visit of Latvia to the National Football Stadium at Windsor Park on Tuesday (21 September, 7pm ko).

Former Northern Ireland international Gail Redmond will join Thomas Kane on commentary for the games which will be available live on BBC iPlayer and the BBC Sport NI website.

Kenny Shiels’ side will be hoping to get off to a good start in European Qualifying Group D which also includes England, Austria and North Macedonia.

Northern Ireland are bidding to make the finals in Australia and New Zealand in 2023, building on their historic UEFA Women's Euro 2022 qualifying success.