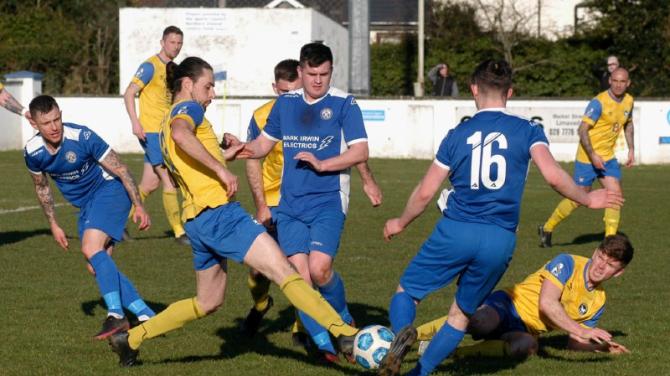 LIMAVADY United's unbeaten run in the league this year comes to an end with a 1-0 defeat to Bangor who take the top spot of the table.

Lewis Harrison slotted one into the bottom corner in the 23rd minute in what proved to be the only goal of the game.

The same player had a chance to double his tally but was unlucky when his effort hit of the upright just before half-time.

Limavady Utd manager Andy Law admitted it was always going to be a tough game against the league leaders.

“Going into the game we hadn't played Bangor this season so it was always going to be a nervy affair with both teams in the top six,” said Andy.