Coleraine go to town against Warrenpoint 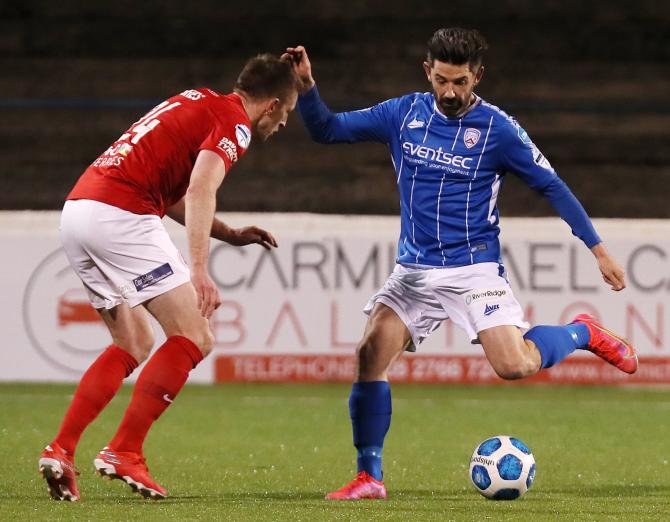 A FIRST goal for promising teenager Kirk McLaughlin, a first goal in Coleraine colours for January signing Andrew Mitchell and a first win on the road in over five months meant it was a good night for Oran Kearney's men at Warrenpoint Town on Tuesday.

What appeared on paper a tricky game given the visitors' extensive list of absentees and their hosts' need for the points in their scrap for survival turned out to be anything but as the Bannsiders ruthlessly demolished their opponents.

They took less than ten minutes to open the scoring through skipper Stephen O'Donnell, netting at the far post from an Aaron Traynor cross, and from there they never looked back.

The Point did briefly level through Daniel McKenna, who made it 1-1 midway through the first half, but ruthless Coleraine scored three times before the break to secure the points.

The first came after 38 minutes when striker Curtis Allen used all his experience to head home from a Lewis Tosh pass.

Five minutes later Allen turned provider, flicking his header into the path of strike partner Kirk McLaughlin. The big teenager showed remarkable calmness to lob the ball over Conor Mitchell for his first ever senior goal for the club, a memorable moment.

Allen was a pivotal figure during this period and he scored his second just before the break, picking his spot before guiding the ball past Mitchell for a convincing half-time lead.

Fra McCaffrey pulled one back shortly after the restart to make it 4-2 but there was never any real threat of Warrenpoint taking something from the game.

And that was confirmed three minutes from the end when sub' Andrew Mitchell scored from the spot for his first goal for the club and to secure a deserved three points.

The margin of victory allowed Bannsiders' boss Oran Kearney the luxury of introducing another two of the club's younger players in the latter stages, with Jack Elliott and Aaron Campbell coming on to make their league debuts.

So, a most rewarding evening then for Coleraine who will turn their sights on the post-split fixtures with a renewed confidence after this performance.