Coleraine lose at home to Crusaders 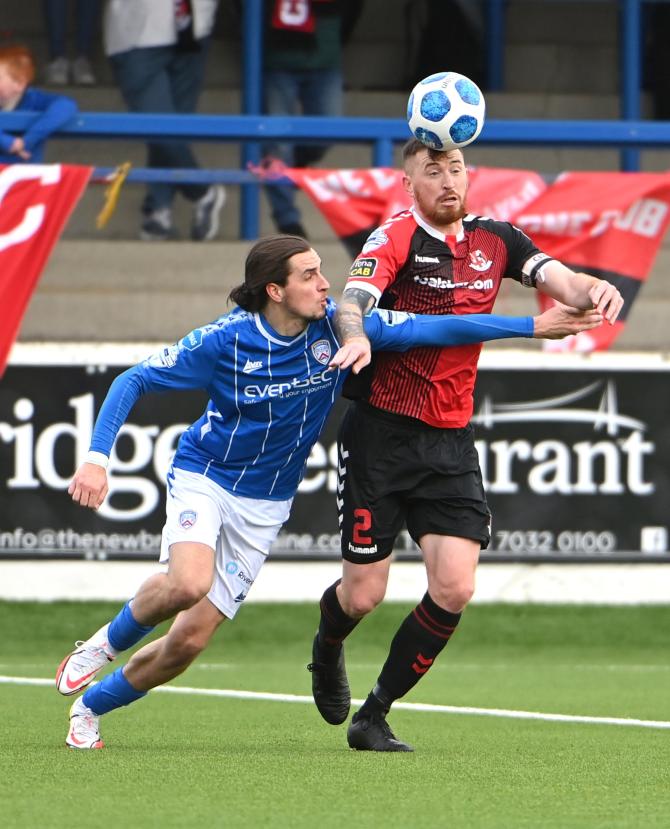 Coleraine slumped to a 4-1 defeat at home to Crusaders on Saturday.

BANNSIDERS' boss Oran Kearney was left scratching his head on Saturday after watching his side slump to a 4-1 defeat to Crusaders at the Showgrounds.

The home side were 3-0 down at the break and a goal seconds after the restart all but sealed the points for the visitors.

A late Josh Carson strike was scant consolation on a day when the home side's shortcomings were ruthlessly exposed by a buoyant Seaview side.

Back to back big wins have seen them move to within three points of Glentoran in third place in the league and on this form few would bet against them leapfrogging their Belfast rivals.

They also have an Irish Cup final to look forward to - whenever that might be - and it's clear that they are the form team in the division right now.

Coleraine, in contrast, are right out of form: it's now one win in ten games for the hosts and with Cliftonville next on Tuesday even the most die-hard of fans would concede it's hard to see where the next win is coming from.

Adam Lecky opened the scoring for the visitors with a simple finish just after the quarter hour mark but the hosts responded well and should have levelled on the half hour when Matthew Shevlin dispossessed Josh Robinson but shot wide of the target from close range.

Minutes later Aaron Jarvis was denied by Crues' keeper Johnny Tuffey and with it went the home side's last chance of salvaging anything from this game.

Adam Lecky played in Paul Heatley to make it 2-0 and it was 3-0 before half-time when Daniel Larmour cracked home a volley from inside the penalty area.

Whatever Oran Kearney said to his players during the interval went out the window within seconds of the restart as Jude Winchester increased the lead to 4-0 and that was pretty much that.

The remainder of the game resembled something of a training game with the result all but secured.

Josh Carson, one of only three players singled out by his manager for reaching the required standard after the game, the others being goalkeeper Gareth Deane and teenager Patrick Kelly, scored a late consolation goal for Coleraine but it barely raised a cheer on an afternoon to forget.

These are worrying times for Coleraine who are enduring one of their worst runs in years.

Evidently they are pinning their hopes on the end of season play-offs but a massive improvement is required if they are to have any hopes of securing European football for next season.