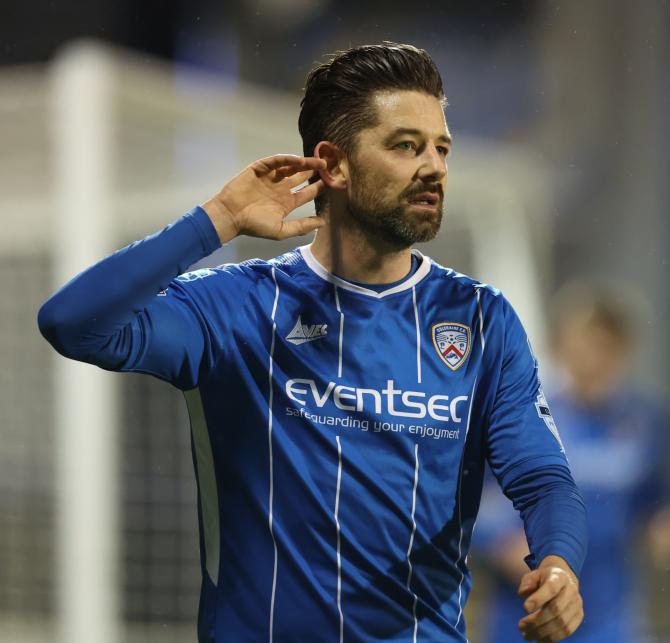 The 34-year-old joins the east Antrim club on a two year deal after his contract at the Bannsiders came to an end.

Writing on social media, the one-time Glentoran frontman paid tribute to everyone at the Showgrounds club, with whom he enjoyed two separate spells.

Unfortunately, his second spell at Ballycastle Road didn't go as well as he would have wished with injuries impacting on his game time.

Allen rejoined the club in January 2020 and helped Coleraine lift the Bet McLean League Cup after coming on as a late substitute in the win over Crusaders.

Bannsiders' boss Oran Kearney paid tribute to a man who made a total of 148 appearances for the Stripes.

"Curtis is a top professional with a great attitude and was well liked in the changing room," said Oran.

"We wish Curtis all the very best and he will always be fondly rememberd for both his stints with the club and the goals he scored."