McManus ready for All Ireland semi-final 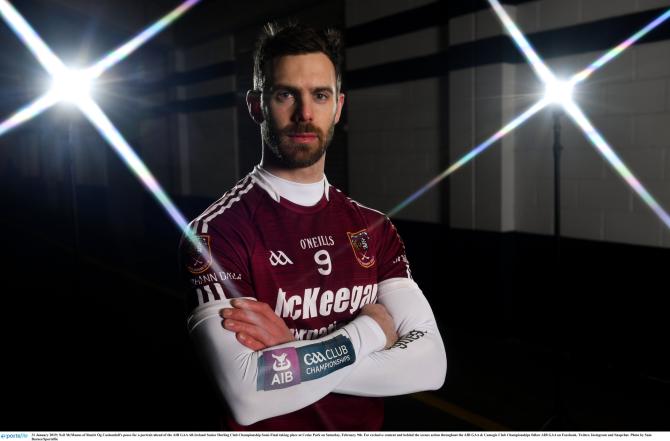 Works in Belfast but has moved back to live in Cushendall now. Starred for Ruari Og when they beat Sarsfields of Galway to reach the 2016 AIB All-Ireland Club SHC final and they're now back in a semi-final against St Thomas of Galway after beating Ballycran in the Ulster final when he scored 0-9.

Does this run to a semi-final feel different than 2016?

Same journey again with a lot of the same people but we've also lost a few. Conor Carson played a huge role in us winning the Antrim Championship but he's now a (trainee) pilot living in Spain. We've also lost Shane McNaughton who, as people know, is now an actor in New York!

But we've lads back. Alex Delargy was away for a few years and is back now. He actually cut a couple of his fingers badly on a building site at the start of the season and we thought he was gone but he was back for the Ulster final! I think that's the way of club, you lose some, you get some.”

What's been the most pivotal game in your season?

Probably our semi-final against St John's in the Antrim Championship. We played quite well for the majority of the season and then just before championship we came unstuck a little bit.

We got a draw the first day against them when we should have been beat by 6-7 points and it went to a replay. We were very lucky the first day, got out of jail really. I got a point late on to put us one up but we never deserved to be ahead and they equalised to bring it to a second game. We could have easily lost that game, but we fought really hard. A few lads came off the bench and made a huge difference and we kicked on. Getting through that game had a great galvanising effect on us, that was the key one.

You've a new manager this year in Eamonn Gillan, has that given you new impetus?

“A fresh approach is always good but we'd feel this year was built on the past three almost. After making an All-Ireland final in '16 we felt the two years after that we didn't really do ourselves justice and there's a big will to see that set straight this year as much as anything else.

Eamonn and Kieran Kearney, our trainer, do it between them and he knows us well. He's our local pharmacist, his son Eoin is our goalkeeper and he has another son on the panel too.”

This will be your fifth All-Ireland semi-final. Is there one you really regard as 'the one that got away?'

“Most people would probably say our 2009 semi-final, against Waterford side De La Salle. We were a point up, three or four minutes into injury-time and then Brian 'Bull' Phelan cut a 'line ball over from 70-80 yards in Parnell Park to bring it to extra-time and we lost.

But for me it was the first one I played in in 2007 against Loughrea, Johnny Maher and the boys. We were very poor on the day. It was a slim margin of defeat but at that stage we didn't do things as we do now. There's a lot more structure and we are a much more professional set-up now. If we'd prepared then like we do now, I've no doubt we'd have come back at them but that's nearly 12 years ago now and everything has changed so much for everyone.”

Are you as excited as ever to be playing in another All-Ireland semi-final?

I am! It's hard not to be. We're so lucky. I'm 30 now and you realise you may get another chance but it's very likely you won't. You have to take every chance you get. Whenever you win a county title as a minor you think 'ah this'll happen every year, we'll be back.' But you often wait for these semi-finals to roll around again and you have to take advantage when they do.”