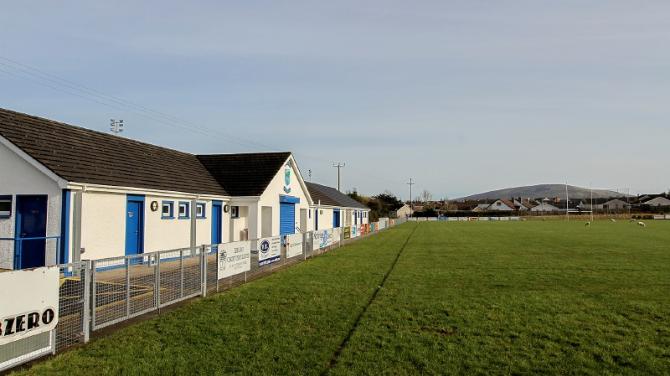 PLANS have been submitted to Causeway Coast and Glens Council for the state-of-the-art redevelopment of Pairc Na gCúnna.

The development plans of the club grounds at Scroggy Road are to include a new fully sized grass pitch and a 4G training area including flood lighting, team dugouts, ball catch nets, goal posts and fencing along with a community walking path and associated site works.

The proposed application site is located on lands adjacent to Limavady Wolfhounds GAC existing pitch and changing rooms at Scroggy Road and to the rear of Bells Hill.

Ronan Curley, Limavady Wolfhounds club chairman, said: “The club has applied for planning so the next stage is securing financing and organising fundraising.

“We hope to apply for a number of grants and we have some good ideas for fundraising events.

“The overall cost is going to be around £400,000 so it's going to take good planning and organisation to work out the right ways to finance the plans.”

“We're looking at a 3-5 year project. It's going to be a long exhaustive process but we're lucky to have a such a good group of people in the committee who are dedicated to seeing this through.”

“As the club enters its 40th year we will own our grounds and will be completely debt free.

“This really is an iconic feat for the club seeing as 10 years ago we didn't even own the pitch.”

The Wolfhounds are a relatively young club in GAA terms having only been founded in 1980 and therefore haven't had the same head-start that some of the more established clubs in County Derry have had.

Investment in the facilities and the expansion of the club pitches is hoped will help to nurture and grow youth squads who will be capable of competing with other clubs at a high level in the future.

The future looks bright for the yellow and blue faithful.

The Wolfhounds are mid-way through their season this year where life in the Intermediate division is proving somewhat difficult.

While there has been some close calls and stirring performances this season, 'the hounds' sit adrift at the bottom of Division 1B with no wins after their first four games.

This is in stark contrast to their superb 2018 season where the Na Cúnna men went undefeated in their county campaign, winning a Junior league and championship double before being narrowly defeated by Red Hughs of Donegal in the Ulster decider.

The Wolfhounds will return to League action on July 10 when Newbridge visit the Roe Valley.