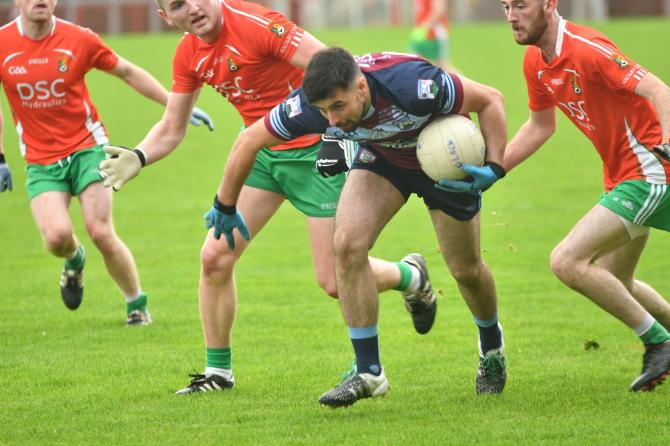 FRIDAY marks the start of a busy weekend of gaelic games in the Oak Leaf county as the various football championships get underway.

Delayed by the coronavirus pandemic, the championships will be played off over the coming weeks in a feast of football for fans.

Unfortunately, numbers of spectators will be limited, but don't forget Derry GAA's innovative streaming service which will keep fans up to date with all the action.

In the meanime, here is correspondent Bernie Mullan's preview of this evening's two JFC games which get the weekend off to a start.

Not so long ago this would have been considered a formality for Craigbane but they actually lost their first league game last year to the improving Magilligan.

While Craigbane did get a few games in the Carlin Cup and Ulster junior league before the close down Magilligan had no games until recent challanges.

The men from the strand have a new manager in former Faughanvale player Shane Kealey who has had managerial experience with his own club.

Craigbane will probably have strengthened a bit since they lost to Limavady in the Ulster league and will have Bliain Gormley back at midfield after nearly two seasons out with injury.

Emigration has cut deep into Craigbane’s resources but they have been quietly building through youth.

Jude McLaughlin is the cutting edge of their attack and if he gets enough of the ball close to goal it will spell danger for the St. Aidan’s. Ryan Mortimer is a rare talent at midfield.

Magilligan have improved in recent years and are not without a chance. The McLaughlins, Cannings, midfielder McFeely along with attackers Mullan and Logue will give it their all and make it difficult for the men from The White Rocks.

A classic case of shore swellers facing men from the Sperrins!

This local derby looks heavily loaded in favour of Desertmartin.

They played in the intermediate grade last year while Moneymore lost in the junior semi final to Glack.

Desertmartin have a solid and very experienced team that is capable of going all the way.

Moneymore are struggling for numbers but they keep battling away and usually manage to serve up a shock or two over the season.

Desertmartin have a poor championship record at intermediate level but they are one of three teams along with Ballerin and Craigbane who look strong in this junior grade.

here are five teams in this group with Drum last year’s beaten finalists having the bye. There are four in the other group but it does not start until July 7.