Champions look anything but finished article in tough examination 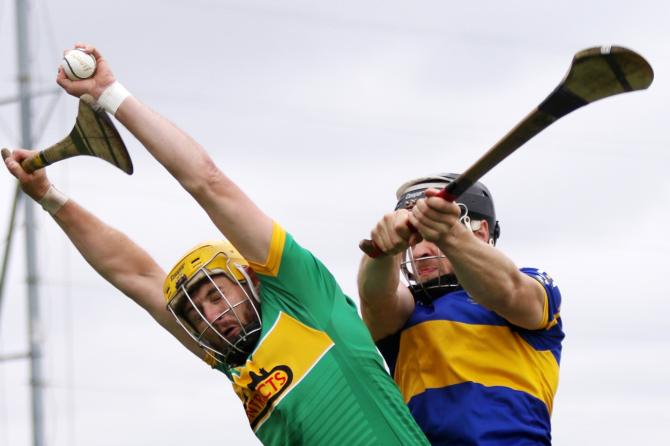 Dunloy produced a dramatic late comeback to grab a point against Rossa.

CHAMPIONS Dunloy look anything but the finished article as they stutter through the group stages.

Following their drawn game against Ballycastle they were expected to turn over Rossa but ended up in another drawn encounter.

With St John’s perhaps surprisingly at the top of the group table and the Town and the champions hot on their heels, everything is still to play for in a section which could produce a major shock.

Put simply, Dunloy must beat the Johnnies in Corrigan Park if their ambitions of retaining the Volunteer Cup are to remain on track.

The champions left it late, very late indeed, to steal this draw and manager Gregory O'Kane must be wondering just what he has to do to get his team back to winning ways.

It was 14 minutes into injury time that they saved themselves. Paul Shiels rifled home a thirty metre free and substitute Chrissy McMahon fired over the equalising point as Rossa looked stunned.

Daylight robbery it certainly was but perhaps a deserving enough result for the effort both sides put into this stunning encounter in Rossa Park.

See The Chronicle for reports from around the grounds.