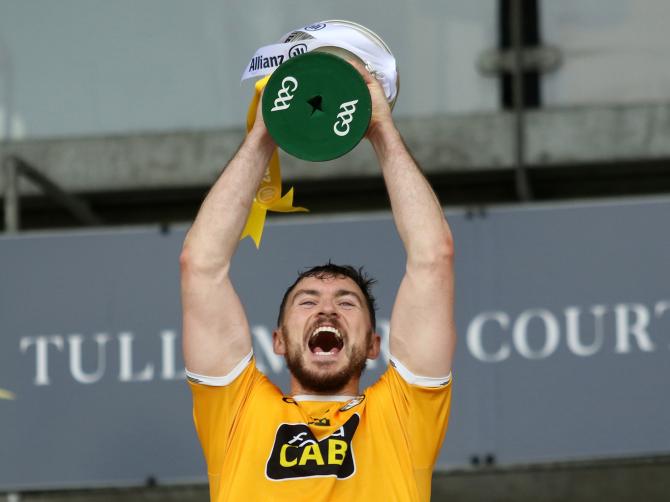 ANTRIM'S hurlers will take on the country's best next season after deservedly winning promotion to the top tier at the weekend.

The Saffrons were pushed all the way by their determined Kerry opponents but the northerners emerged victorious on a scoreline of 2023 to 2-20.

The Kingdom remained in the game right to the very end at Tullamore in county Offaly but Antrim on this occasion were not to be denied.

Now, they can get ready to face the artistocrats of the game next season - the likes of Kilkenny, Tipperary, Galway et al - and what an exciting proposition that is.

The winners had star men all over the field on a landmark day for their manager, the former Tipperary All Ireland winner Darren Gleeson.

"There is no manager that has enjoyed the last three or four months and trying to keep the spirits of the players up," he admitted.

"That's been difficult but when you see the joy on those boy's faces - you'd take a little bit of stress for that, wouldn't you?"