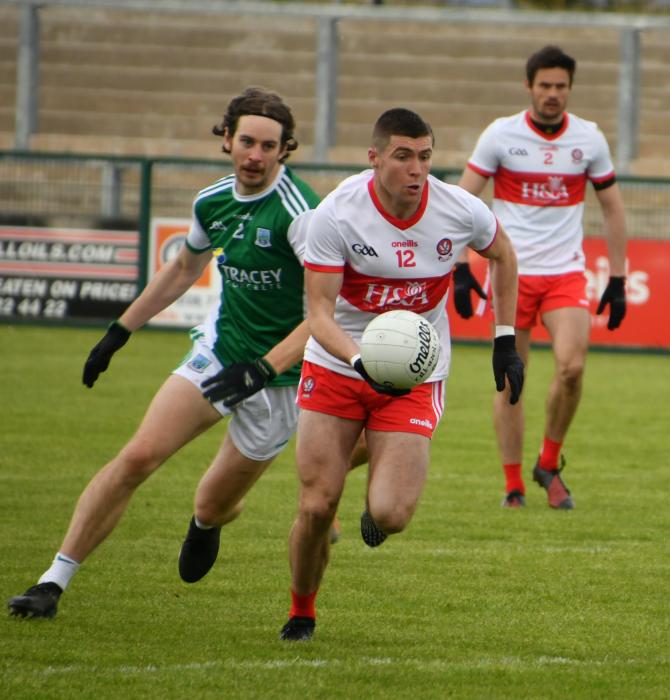 IT'S closing weekend in the group sections of the Allianz Football League, after which the knock-out and relegation pairings will be known.

Given the shortened programme (three games per county as opposed to the usual seven), most of the main issues are still to be decided in what promises to be an exciting final round next weekend.

Kerry (3 pts), Dublin (3pts) and Galway (2pts) are in contention for a place in the semi-finals while Roscommon (0 pts) will face a relegation play-off, even if they beat the Kingdom on home ground next Sunday. Mathematically, Kerry could be edged out of a semi-final place if they lost heavily to Roscommon and Galway beat Dublin, but it’s unlikely to happen as Kerry’s scoring difference is 13 points better than Dublin’s.

If Dublin beat Galway, Padraic Joyce’s men will join Roscommon in the relegation play-offs against the bottom two in the northern group.

Kerry beat Roscommon by ten points in their last League clash in 2019.  Dublin beat Galway by six points in last year’s League, leaving the Tribesmen seeking their first win over the Dubs since 2010.

ALLIANZ FOOTBALL LEAGUE DIVISION 1 NORTH: ALL TO PLAY FOR IN FINAL ROUND

With none of the four counties on full points after two rounds, it’s all very much to play for on Saturday, with the margins between semi-final qualification and relegation play-offs very tight (Donegal 3pts, Tyrone, Armagh 2pts each, Monaghan 1pt).

A draw against Armagh would be enough for Donegal to secure a semi-final place but if Kieran McGeeney’s men win, they will take a place in the last four. It will be the first League game between the counties since 2014 when Donegal won by five points in Division 2.

Tyrone got their League ambitions back on track with a win over Armagh last weekend and know that a win over Monaghan would secure a semi-final place.

Monaghan, who beat Tyrone in last year’s League, need to win to have any chance of avoiding a relegation play-off.

With wins over Laois and Kildare, Clare (4pts) are well-placed to take one of the semi-final places and maintain their promotion bid. A draw against Cork (2pts) would be enough to see them head the group, but if they lose and Kildare (2pts) beat Laois (0 pts) there would a three way tie (Clare-Cork-Kildare) at the top, in which case scoring difference would decide placings. Clare’s current scoring difference is +10, with Cork on +4 and Kildare +1.  Laois need to beat Kildare to have any chance of avoiding the relegation section.

Mayo and Meath, who have both won their first two games, will feature in the semi-finals, where the prize for a win is promotion to Division 1, while Down and Westmeath will be in relegation tests against the bottom two from the southern group.

Despite having secure semi-final places, Mayo and Meath won’t be easing up when they meet on Sunday as they bid to further power up momentum.

Both were relegated from Division 1 last year in a campaign where the head-to-head contest was won by Mayo (1-9 to 2-5).

Down and Westmeath last met in the League in 2019 when Down won by a point in Division 3.

Offaly haven’t been in the top 16 in the Allianz League for a long time but are now in a very good position to get into Division 2 next year. Wins in their opening two games leave them two points ahead of Limerick and Tipperary, with Wicklow still to pick up a point. A draw against Tipperary would be enough to take Offaly into the semi-finals. If Tipperary and Limerick win, they will be level on points with Offaly, leaving scoring difference to decide the placings. Offaly’s current scoring difference is +6; Tipperary are +1 while Limerick are 0. Tipperary beat Offaly by three points in last year’s League.

Wicklow, who were promoted this season, need to beat Limerick by a big margin to have any chance of avoiding a relegation play-off. Limerick beat Wicklow in last year’s League (Div 4).

Derry, who just missed out on promotion last year, have sent out a clear message of intent this season, beating Longford and Fermanagh by a combined total of 35 points in the first two rounds. They take that impressive form to Cavan on Saturday to face the Ulster champions, who have won one and lost one so far.  Fermanagh (2 pts) are also in the promotion hunt while Longford have yet to pick up a point.

It’s Carlow and Waterford on two points each with Wexford on zero. Waterford have completed their group programme, leaving Carlow v Wexford to decide the final placings. A Carlow draw or win would leave them top of the group. Wexford beat Carlow by seven points last year.

Louth beat Sligo by 15 points in Division 3 in 2019 while Leitrim beat Antrim by a point (also in Div 3) two years ago.

* Of the 15 games played in Round 2 last weekend, six were home wins, six away, one draw while two were at neutral venues.

* None of the eight teams in Division 1 won their opening two games, while Roscommon in the group are the only squad without a point so far.

* Derry scored a total of 5-34 against Longford and Fermanagh, while conceding only 0-14.

* Will the last round change anything? As things stand, the Division 1 semi-final pairings would be as follows:  Kerry v Tyrone; Dublin v Donegal.