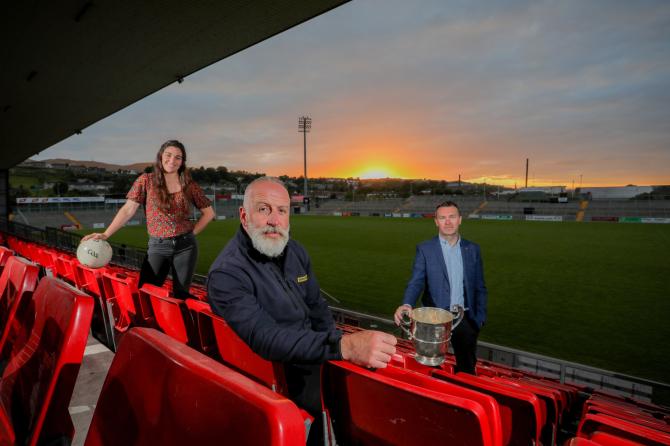 All four matches in the Ladies’ Championship will be streamed on BBC iPlayer and worldwide on the BBC Sport NI website, starting with Armagh v Monaghan today Friday (June 18).

Oisin Langan will be on commentary and will be joined by All Star Caoimhe Morgan for her verdict and viewpoints.

The TV coverage of the Men’s Championship will start with the preliminary round match between Down and Donegal on Sunday June 27.

BBC Sport NI also has live coverage of the quarter finals - Monaghan v Fermanagh, Armagh v Antrim, Derry v Down/Donegal, the semi-final on Sunday July 18 as well as the Ulster Final on Sunday August 1. All the games will be broadcast on BBC Two Northern Ireland.

There will also be full deferred coverage of the other two games (Tyrone v Cavan, Saturday July 10 and the semi-final on Saturday July 17) on BBC Two Northern Ireland later on those days.

Mark Sidebottom will present the television coverage and will be joined by All-Ireland winners Oisin McConville, Peter Canavan and Mickey Harte. Donegal’s Martin McHugh, who lifted the Sam Maguire in 1992, will also provide analysis, as will former All-Star and All-Ireland finalist Martin Clarke.

Thomas Niblock will be on commentary with Thomas Kane providing live updates from the sideline.

Award winning broadcaster Tessa Fleming, who has won club championships in Meath, Louth and Monaghan, will be interviewing the players and managers before and after the matches.

There will also be live commentary of every game in the Men’s Ulster Senior Football Championship on BBC Radio Foyle digital platforms and comprehensive previews, match-reports and analysis on the BBC Sport NI website and digital channels.

On radio, Orla Bannon will present BBC Radio Ulster’s coverage which will include live commentary of every game in the Men’s Ulster Senior Football Championship starting with the Down v Donegal tie.

The GAA Social podcast, available on BBC Sounds, will continue to tackle what’s trending with GAA fans each week with a host of big-name special guests focusing on contemporary issues that are shaping the sport.

Irish language commentary will also be available for the Men’s Ulster Final via the BBC Sport NI website.