'We never get tired of winning' 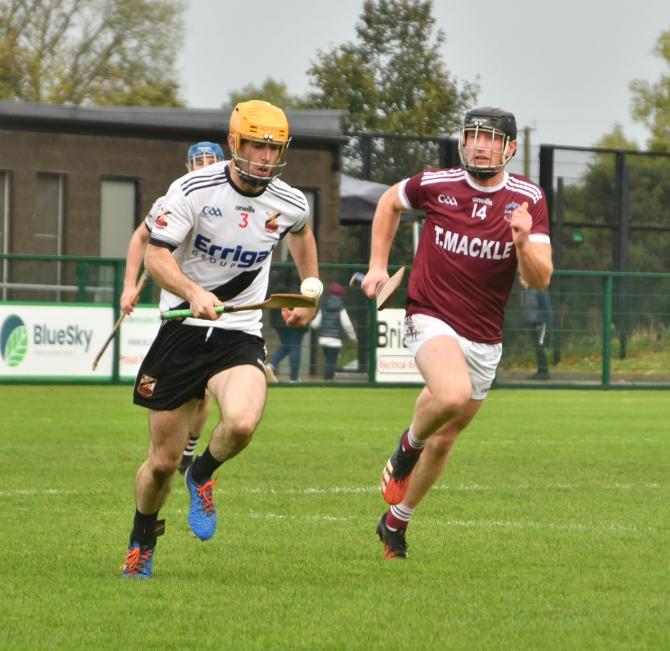 Slaughtneil made it nine in a row in the Derry SHC at the weekend when theydefeated Kevin Lynch's in the final at Owenbeg.

EXPERIENCE was the key to Slaughtneil seeing off the challenge of Kevin Lynch's and landing a ninth successive Derry senior hurling championship.

That is according to the Emmet's manager Michael McShane who claimed that knowing how to win tight games was crucial when the Dungiven side put it up to them in an entertaining affair at Owenbeg on Sunday.

"First and foremost, I am delighted we have got title number nine - that was the primary objective coming here today," admitted McShane.

"We are delighted we have done that. It was a tough game but we didn't expect anything less. We probably made hard work of it more than we should have but we are over the line and I am delighted for the players.

"The goals definitively lifted them and I was disappointed with us letting them in for the goals. We had been really ship tight at the back the whole way through the first half, we were totally in control but the ball coming in with a bit more pace against the breeze, we didn't seem to deal with it well enough. A couple of players got caught out of position and to be fair to Conor he finished the two goals very well.

"It got tight and it got exciting for people on the sideline but we just needed to keep chipping away at the scoreboard, keep the points going over and we did that.

"Experience is a massive part in a game like that. Our players didn't panic. We didn't panic on the sideline and they weren't panicking on the pitch.

"The noise levels go up coming out of the stands and sometimes that can excite players but people who have been there and done it don't get excited, they just stick to the plan and keep their cool and I thought our lads did that very well," added the Ballycastle man.

The victory, however, was marred by injuries to team captain Cormac Doherty and Chrissy McKaigue, two members of the club's football team which plays Lavey in the semi-finals of the Derry senior football championship on Saturday evening.

That game has a 6.45pm throw-in at Owenbeg with the second semi-final taking place at the same venue at 2.45pm on Sunday.

For a full report on Slaughtneil's win plus a look ahead to this weekend's football semi-finals pick up a copy of The Chronicle on Tuesday.