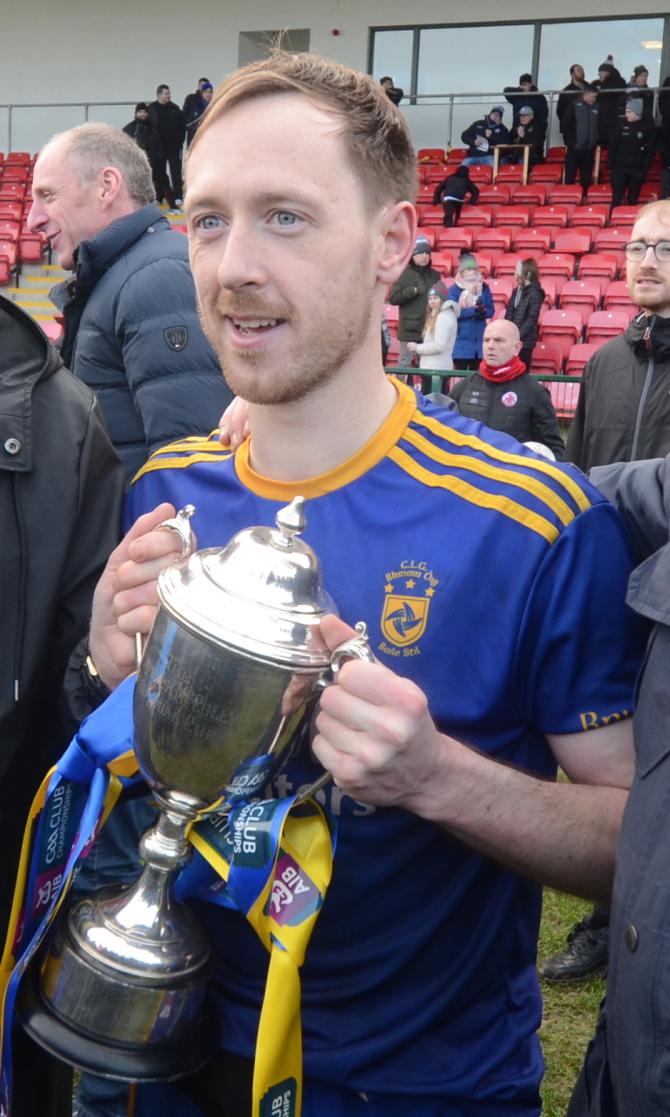 WHAT a year it has been for Steelstown Brian Ogs.

A first Derry championship followed by victory in the Ulster Club Championship for a talented and dedicated bunch of footballers.

If that wasn't enough for the ambitious city club, they have an All Ireland semi-final date to look forward to against either Corofin of Clare or Kerry's Na Gael who play their Munster final this weekend.

"I'll be honest, the aim at the start of the year was solely to win Derry. That's what we wanted, that's what we were after but it was amazing, the next day almost when we were sitting having a beer, enjoying the win the focus turned almost immediately to, 'How far can we go?' 'How good do we think we are?'" admitted Steelstown manager Hugh McGrath.

"I think we showed against a really resilient Moortown team that had a plan that worked so well for them in the first half, we showed what we were about. Yes, we can put up big scores and we can punish team that make mistakes, but we are not afraid to dig in and say, 'Right, we're here to play ball, we're here to fight for the victory'. That's the way the final panned out in the end.

"I said it all along in the build-up to the game that this was always going to be a fight. You don't win the Tyrone championship by being a poor outfit or not being organised. Anyone who knows teams which Mickey Hassan has been involved with knows that they will be set up well and will have their homework done on the opposition.

"We knew it was going to be a tough, tough battle, no doubt about that, and Moortown's game plan worked so well in the first half but we fell into the trap to make it so successful. There were a couple of tweaks at half-time. I thought Gareth Logue when he came in was superb and Emmet Deane, who has hardly played a minute of football for us, he was unbelievable when he came in and he showed that in training which is what we want boys to understand with this group. If you are going well in training and you are showing what you are about, you'll get a go at it, you'll get a chance," he added.

Throughout their memorable year, thoughts of everyone at the club have never strayed far from former member Brian Og McKeever.

"The biggest thing we have enjoyed is the name of Brian Og (McKeever) being talked about all over Ulster and beyond," continued Hugh.

"We all know within the city what Brian Og meant to us and just how big a character he was, how big a personality, but to hear his name mentioned in provincial terms was superb.

"For us it was a big year. His 30th birthday would have been last year just gone and we are so proud to be representing Derry, representing the city but most of all representing Brian Og."